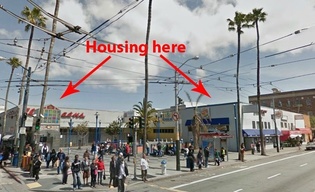 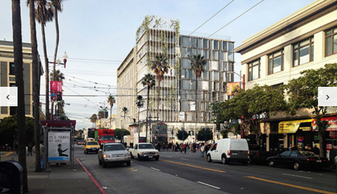 Rendering of the project (from 1979mission.com)

The project is slated to occupy the entire northeast corner of 16th and Mission. According to SF Business Times, "The project would replace a Walgreens, the Hwa Lei Market, the City Club bar, two restaurants and a defunct dollar store. It also includes the redevelopment of a 24,000-square-foot surface parking lot behind the Walgreen's. The plans is in keeping with the Eastern Neighborhoods rezoning, which called for a 105-foot building along Mission and 16th streets."