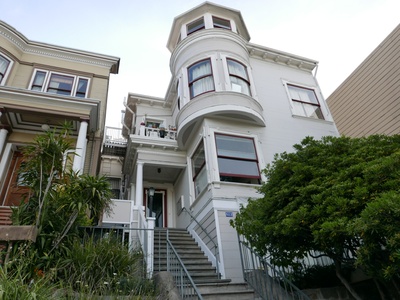 812 Guerrero Street is a seven unit building in the Mission.

In 2014 it became the site of anti-eviction protests after Jack Halprin, an attorney at Google who lives in and owns the property, initiated Ellis Act evictions against the 6 other tenants of the building.

And here are a bunch of pictures of the 4/11/2014 protest by photojournalist Steve Rhodes.

There were also protests relating to the property at the 2014 Google I/O event in June [source], and that same month residents sued the landlord over mold and other maintenance issues [source].