AT&T Park is the home field of the San Francisco Giants. Park is located at 24 Willie Mays Plaza or between 3rd and King Street to be precise. 41,915 fans can be seated at the park with standing room available in the right field section below the archway.

When the Giants are not playing, the park host music concerts and other sporting events including football. For the 2011 Season, AT&T Park will be the home stadium for the California Golden Bears while California Memorial Stadium at UC Berkeley undergoes renovation.

Parking in nearby lots can cost around $30. Park is accessible by Muni and indirectly by Bart. 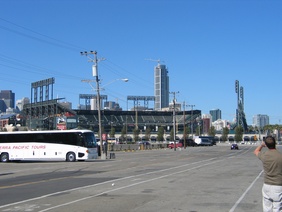 View of AT&T Park from beyond the marina 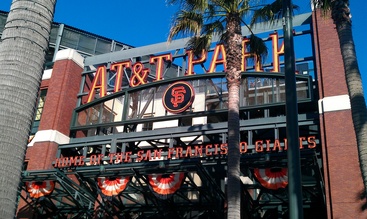 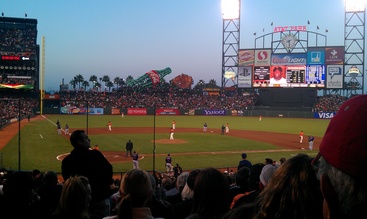