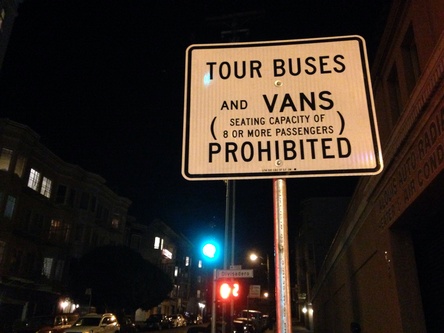 In 2013, a group of neighbors in near Alamo Square successfully banned Tour Buses from parking or driving near the park.  Corporate shuttles were exempted from the ban. 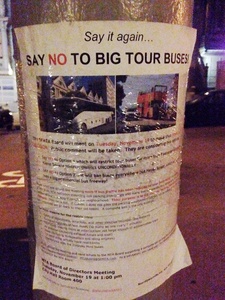 One of the fliers posted around the NoPa area during the campaign.  (2014-1) 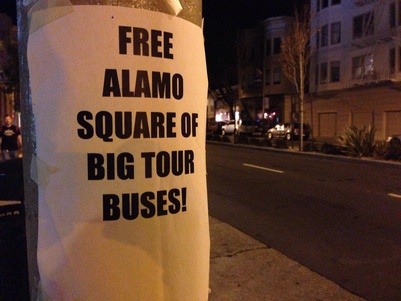 Another flier found on Divisadero during the campaign. (Nov 2013) 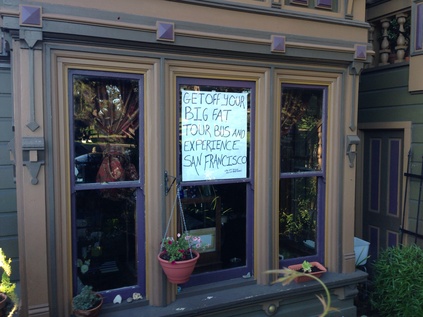 "Get off your big fat tour bus and experience San Francisco.  * We love tourists, just not tour buses!" reads a sign in a window of the William Westerfeld House right across from Alamo Square, late 2013. 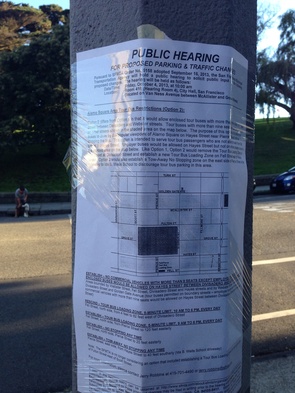 Notice of the public hearing to discuss the proposed tour bus changes.  Late 2013. 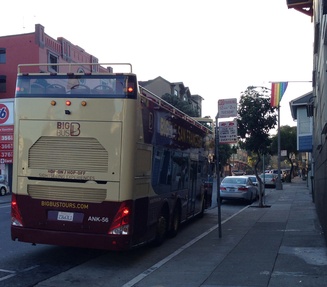 A tour bus, similar to many that were formerly parking in or next to Alamo Square Park, parks on Fell St at Divisadero shortly after the tour bus ban took effect.