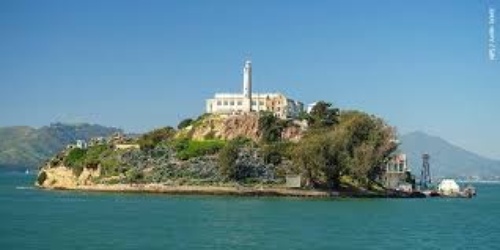 Located on an Island in the San Francisco Bay, California, the former federal penitentiary known as Alcatraz Island serves as a landmark and a major tourist attraction for many. While many see this island as just a prison, there was a lot more going on behind the scenes. Besides the prisoners and the prison itself, there were staff, families, and children who all lived on the island. There was also a school and a library that hosted many. It's easy to think of some of the most famous convicts in the world when you think of Alcatraz Island, and although this is true because there were hundreds of convicts on this island, there is a lot more to Alcatraz Island than most people are aware of.

- The island occupies an area of 22 acres and is located 1.5 miles offshore

- Alcatraz was sold in 1849 to the U.S governmentIn 1861, the island was a designated residence for military offenders
- 1907: the island was the designated Pacific Branch of the United States Military Prison
- 1934-1963 it served as a federal prison for some of the most dangerous individualsThis included 19 Hopi Indians from the Arizona territory who passively revolted against the government in attempt to assimilate them and the American soldiers fighting the Philippines who had just joined the Filipino cause in the 1900s

- The rock is most widely known because the inmates who were incarcerated on the island, helped in the building of the prison in which they would reside in

- Alcatraz Island was designed with the intention that the prisoners on the island, wouldn't be able to escape the island.

- The United States government soon learned this and realized that they could do even more with the land they owned, so they continued to house inmates in a prison away from the land 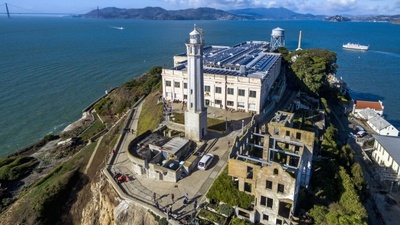 - A surprising number of families grew up on the island

- At any given time there was approximately 250 prisoners living on the island and 150 staff members, not including their families

- Alcatraz changed from a place with little to no contact, to a place where families could be raised

- One of the most famous convicts on Alcatraz Island was Al Capone - also known as "Scarface". Capone was an infamous American Gangster who worked on Alcatraz Island, doing the laundry of families who lived there 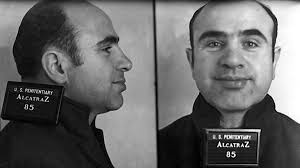 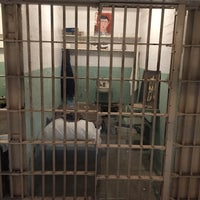 - George Kelly Barnes aka, "Machine Gun Kelly", was an American gangster from Memphis Tennessee, during the prohibition era 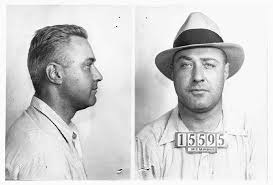 - Meyer Harris, also knows as, "Mickey Cohen" was a gangster and professional boxer based in Los Angeles during the mid 20th centuries. He was convicted of tax evasion

- He was the only prisoner to ever be bailed out of Alcatraz; his bond was signed by the U.S Supreme Court Chief Justice Earl Warren. Once the appeals failed, Cohen was sent to a federal prison in Atlanta, Georgia 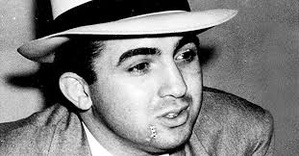 - People are able to purchase tickets to visit Alcatraz Island and get a glimpse into what living on the island was like for the prisoners, families, and staff that lived on Alcatraz Island

- Some of the main attractions are Al Capone's cell, the prison school classrooms for staff members families to attend, and the cafeteria.

- In the cafeteria, visitors are given the opportunity to eat lunch where the prisoners used to sit and eat

- The tape acknowledges some of the most famous convicts as visitors pass by their cells, popular places for convicts to hang out, and where they would go to work

- The tour is very descriptive and there are very few things that visitors are not allowed to see. 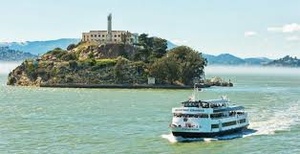