Alfonso Pardiñas, also known as Alfonso Gutiérrez-Pardiñas, (24 August 1924 – 22 September 1975) was an Mexican-born American artist who created a number of mosaics in San Francisco, including a number of mosaics at BART stations. His firm was called Byzantine Mosaics. He often worked with local artists and designers to create mosaic murals and sculptures including Jean Varda, Beniamino Bufano, Louis Macouillard, Edith Magee, Helen Webber, Manuel Perdomo of Mosaicos Venecianos, and others. Pardiñas studied mosaics in Mexico, under Italian artist Luis Escodeller. 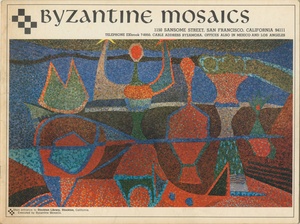 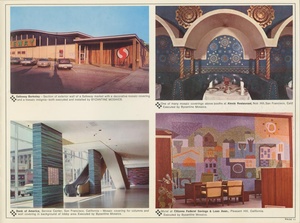 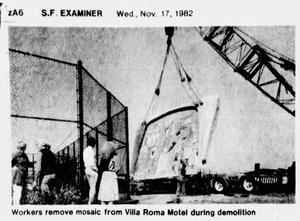 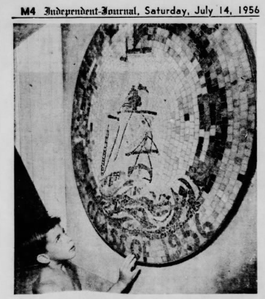 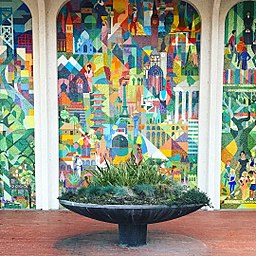 "Pardiñas, both as a designer of his own work and mosaicist for designs by others, was probably the most prolific of all the first-generation BART artists, creating work in at least six stations. Much of Lake Merritt is sheathed in Byzantine Mosaics tile work. Walls throughout the station are bathed in chunky tile in rough reds, off-whites, and blacks, with immense black tile circles, red arrows in tile. Besides executing mosaics for work designed by artists Jean Varda in the Union City station and Mark Adams at MacArthur, Pardiñas designed two lovely, flowing tile murals for both El Cerrito stations and did his own tile work in Union City.