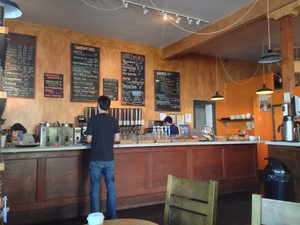 The ordering counter at the ever-sunny Bean There. Photo 2014. 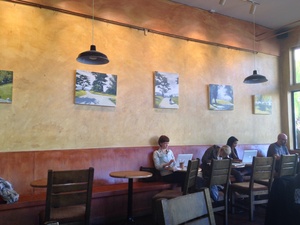 Nice wooden tables and plenty of sunlight. Photo 2014.Bean There was a sunny little cafe in the Lower Haight.  They had big windows, nice study wooden tables and friendly staff!  Their drip coffee was really surprisingly good and consistent. Protip: the breakfast sandwich was insanely delicious

Bean There closed for good in April of 2016 during a building retrofit process.  Initially, the plan had been to re-open the cafe after the building had been retrofitted, but Bean There was unable to negotiate a new lease with the building owner.

They've were at their location for over 21 years.  They had different sources for beans - feature Sumatra, Brazilian, Coulmbian Supremo.

They've got WiFi and outlets on one side of the room.  A good amount of the usual cafe-fare food stuffs, too. 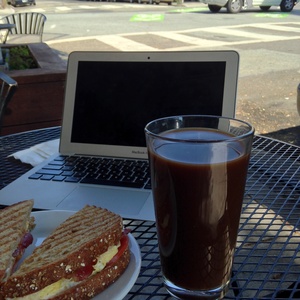 A coffee and a breakfast sandwich outside of Bean There. Photo April 2014.