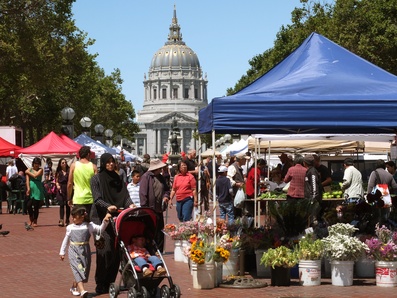 The Civic Center Farmer's Market, with City Hall in the background. Photo by SPUR, CC-BY.

The Civic Center Farmer's Market is located at the United Nations Plaza in downtown San Francisco. The closest BART stop is the Civic Center BART Station.

It is officially called "Heart of the City Farmers Market."

The market is open on Wednesdays from 7AM-5:30PM and Sundays from 7AM to 5PM, year-round, rain or shine. It's a smaller market than the Ferry Plaza Farmers Market, but much cheaper and much less touristy. The crowd is also much less yuppie, and much more diverse. As a rule, the Wednesday market tends to be higher in attendance, both by buyers and sellers. 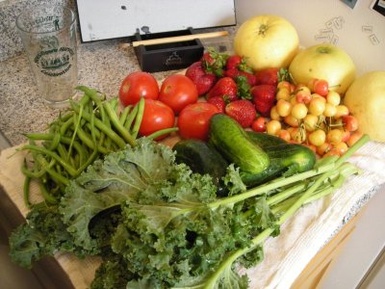 A typical yield from the civic center farmer's market.