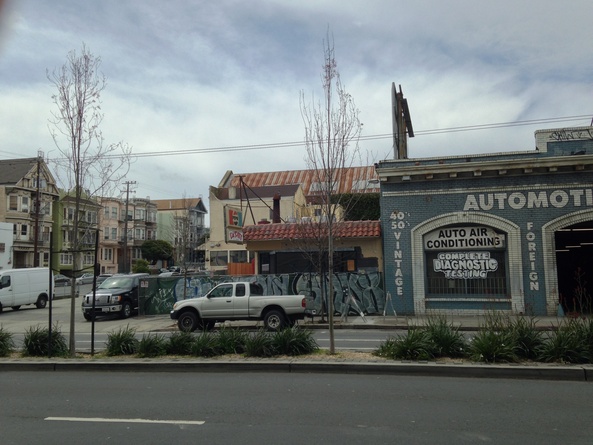 The Da' Pitt BBQ joint was a BBQ restaurant on Divisadero that closed down in 2014.  It was pretty popular some nights, with lots of people hanging out in the parking lot (and possibly also enjoying the fruits of the next-door medical marijuana dispensary).  They were at 705 Divisadero.  When they were BBQ'ing, sometimes tons of smoke would blow all the way down the block.

Before being Da' Pitt, the location was the home to Brother-In-Laws Bar-B-Que.  Da' Pitt was served an eviction notice on Feb. 26th, 2014 for allegedly failing to pay rent.

Da' Pitt is slated to be replaced by a restaurant known as 4505 Meats.