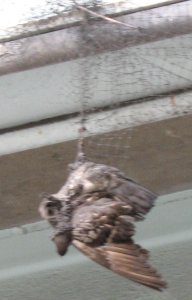 DeadBird was a relatively well-known feral rock pigeon who died circa 2004. Much is not known about DeadBird, including its gender, and it reached local fame posthumously after it dangled from the Bay Bridge overpass above Second Street for as long as three years, according to some reports. DeadBird was removed from its position in late March or early April of 2007 with the demolition of the old overpass. 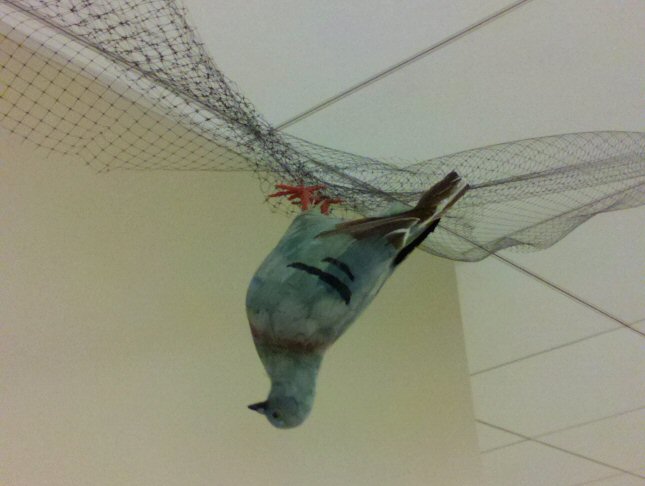 The engineers at Riverbed, originally housed at 501 2nd Street, called him/her Pidgey. Pidgey is now memorialized by this installation in Riverbed's new SOMA headquarters, in the engineering lounge.