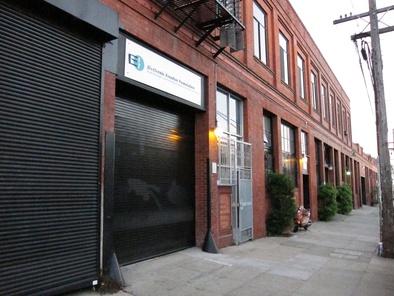 Outside the EFF's old headquarters on Shotwell. They usually had the gate thing open during the daytime.

The Electronic Frontier Foundation (EFF) is one of San Francisco's leading digital non-profits: blending the expertise of lawyers, policy analysts, activists, and technologists, EFF achieves changes in how civil liberties are interpreted in a digital age. EFF fights for freedom primarily in the courts, bringing and defending lawsuits even when that means taking on the US government or large corporations. while it often fights for cases across the country, its lawyers are almost all members of the California bar, and the organization frequently picks cases in the tech-friendly city. Most recently, North Californian plaintiffs, led by EFF, sued AT&T for the privacy invasions conducted by the company in the NSA-operated room in its AT&T Folsom Street Facility.

EFF was originally based in Boston, then moved to Washington, but found its home in San Francisco after leaving the capital because of worries that its mission was becoming compromised by beltway politics.