A Fulton Street sign, right across from Alamo Square Park. 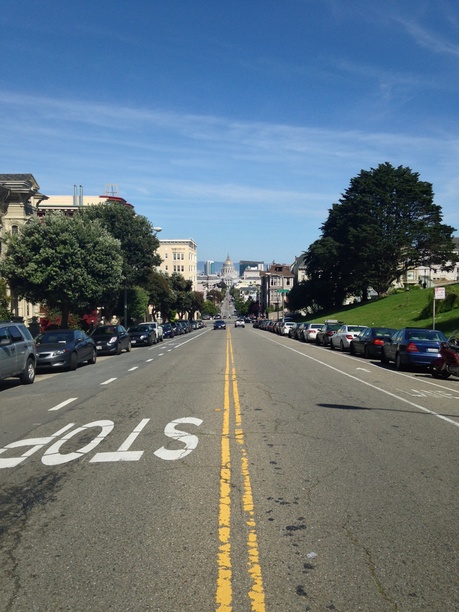 A great view of City Hall down Fulton.

The band Jefferson Airplane released a compilation album entitled 2400 Fulton Street in 1987.  The band lived at 2400 Fulton for a while.

The William Westerfeld House is at 1198 Fulton Street at the corner of Scott Street.