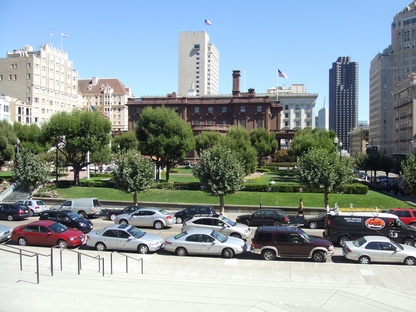 Huntington Park is a park in Nob Hill right next to Grace Cathedral.  The park was originally the site of a mansion, lived in by Arabella Huntington, until the 1906 earthquake destroyed the home.  Huntington deeded the land to the city in 1915.  The has a big fountain in the middle of it.

A rendering of the possible fence, courtesy of the Recreation and Park department.

The proposal was developed by the Nob Hill Association neighborhood group, who also raised $1.4 million to support the installation of the fence as well as upgrades to the park playground structures.  The proposal currently has the support of David Chiu, Board of Supervisors president.

A petition against the proposal has started: http://www.thepetitionsite.com/474/626/850/stop-the-creation-of-the-huntington-park-fence/ 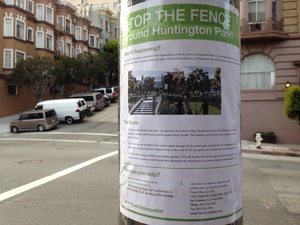 A flyer advocating that the fence not be constructed. Photo June 2014 by midendian. 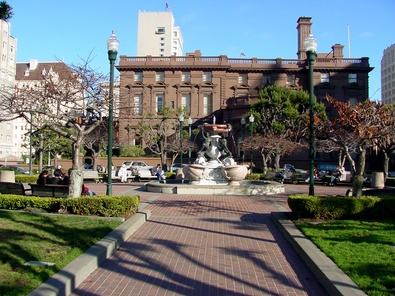 The fountain in the middle of the park. Photo 2007, by TravelingOtter (CC-BY).