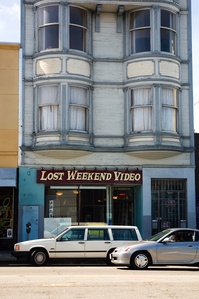 Here's what Lost Weekend would look like if you were across the street, which you aren't.

Lost Weekend Video is an independent video rental store in the Mission. They carry DVDs as well as VHS tapes, and they have a staff recommendation area. They've also got a jukebox and a black-and-white photo booth (both completely functional)! As of 2008-3 the photo book is gone — wtf?!

The founder, Adam Pfahler, was the drummer for the band Jawbreaker.

On Wednesdays, rentals are 1/2 off. 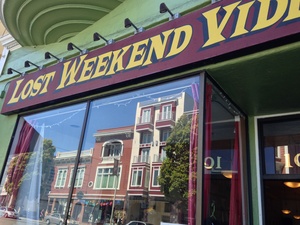