Love locks started to become a real thing sometime around 2013/2014 in the US, when lots of people started taking metal padlocks, engraving their names or initials + their lover's initials on them, and affixing them to the Brooklyn Bridge.  Or maybe some bridge in Paris?  Does anyone really know?  Here's what the LA Times says: 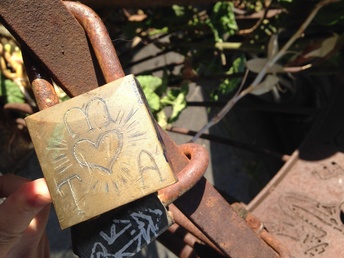 A Love lock found on one of the Haight Tree Grates. Photo June 2014. 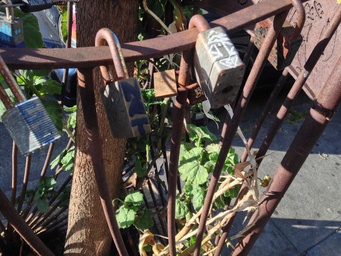 Fishermans Wharf between hyde and powell also has some locks!!! 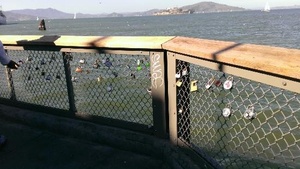 Know another location? Click "Edit" and add it here!

In the news (elsewhere)