San Francisco is one of the largest cities in California and 13th in the United States. The population has about 868,031 people who live in it and many people may wonder where all of the residents go and live in the city. One of the largest historical landmarks in the city is Mission Dolores Park also knows as Dolores Park where today it is a public park that is never not covered with hundreds of people. Surrounded around tons of neighborhoods it is one of the only large patch of grass you can see in the district. The historical park is located in the mission district use to be a Jewish cemetery is now where families go every day to enjoy to the city view and have a great day. The park is about 16 acres and is divided into two sections the south and north side. The north side is more well-known and attracts more people because it has a sloped area that is considered “hipster beach”. The southern side is better off for family picnics where the public is able to barbeque and bring their dogs. It is easily one of the nicest views of the city’s skyline and on a warn sunny day there’s nothing that beats it. 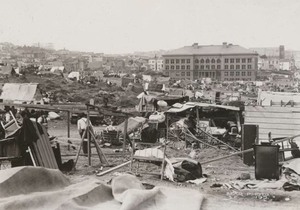 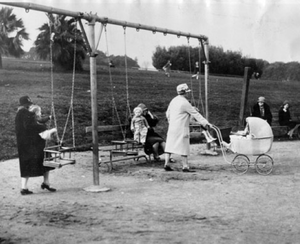 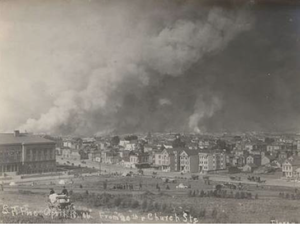 On the historical side, this park was not always used for public joy but but was in fact a Jewish cemetery until around 1897. It was first owned by Ohlone Indians where they then shared the land with Spanish missioners in 1776. During the gold rush the park was known as a place of chaos and several duels were fought on the land. The Mission District had always been an overpopulated area in the city and was known for events occurring there. As the city began to get more populated the city passed a law which banned cemeteries in San Francisco and shortly after the idea of a public park triggered city activist. During this time period, parks in cities were very uncommon and only were four parks were heard of in a city space. One of the reasons a park was not an idea for a while is because a lot of the owners in the area were private entrepreneurs that wanted to maximize profits.

In 1897, The Mission Park Association discussed ways on improving the neighborhood for security reasons and a main idea was to build a park to help the Mission District rebuild because it was part of San Francisco that was often overlooked. At first the city was skeptical of opening up the park because the Golden Gate Park had already existed and another park was not necessary for the city to budget for. The Mission Park Association would not take no for an answer and in 1903 the city purchased the Jewish cemetery and the transformation of a park began. Although it was not until two years that the park actually started to begin getting worked on because of delays and problems with funding. The Mission Park Association was determined to transform the cemetery into a beautiful park that that so many people will appreciate.

As well, finding the perfect design and layout of the park was a challenge because the Association wanted to try to add historic similarities to the old mission land. There were multiple artists and architects that drew out sketches of different visions for Dolores Park. One idea was to make it look like San Francisco in the early 20th Century and another thought was to make the park look similar to famous gardens and have classical architecture. After many ideas and a whole two years of planning the park was finally ready to get built.

Furthermore, the park was to include a 300 by 50-foot lake so that the kids could have a chance to go in on the warm summer days. The park was going to be very interactive by having an outdoor gymnasium, two tennis courts, and two baseball grounds. A beautiful garden with palm trees and other in season flowers with a large stone stairway the would eventually end up by the church. Unfortunately, two natural disaster happen such as an earthquake and fire that turned Dolores Park into a refugee camp. The two natural disasters took a lot of the city and the people that survived. The city did not mention Dolores park because they needed to focus on rebuilding and making infrastructure improvements. For instance, one of the city’s biggest concerns at first was to build a large enough railway that can extend throughout the District. There was not a lot of money after the disaster and city had limited projects they could spend to make alterations to the city.

However, the Association was not going to give up and slowly improvements were made to the park before World War 1. They started planting palm trees and paving the sidewalk streets and made curbs around the entire park. In 1916, the children playground was built which replaced a plastic pool. The park was finally starting to come together and people were getting so excited for all the new renovations happening little by little. They Association thought it was immensely important to rebuild the middle school and high school was located just north of the park.

Today, Dolores Park has still gone through improvements and in 2016 the Park reopened after changing the general infrastructure of the park. The renovations included new restrooms, improved tennis and basketball courts, and smoother pathways. Dolores Park was able to have all of the renovations because in 2008 San Francisco residents votes yes to clean and safe neighborhood parks bond. The entire project costed $20.6 Billion and took five years to be completed. The park is constantly being filled with families and kids and is arguably one of the most essential locations in San Francisco. Overall, Mission Dolores Park may have taken years to become its full vision, but today it is one of the most popular parks in the Bay area. 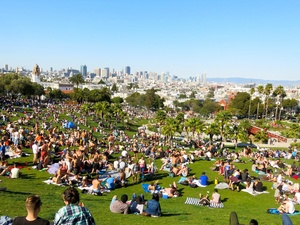 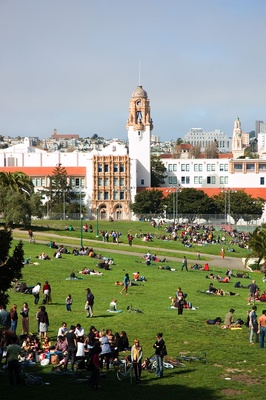 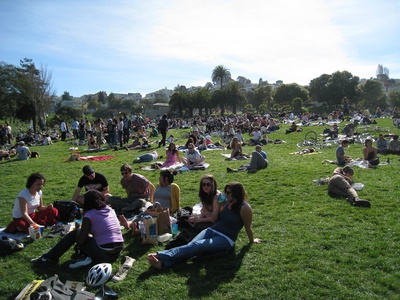 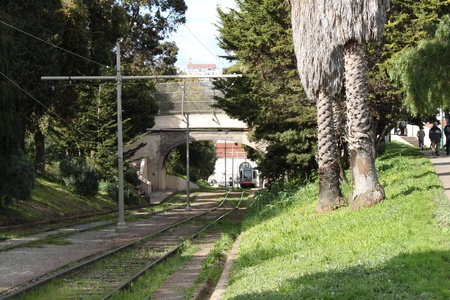 Muni runs along north side of the park 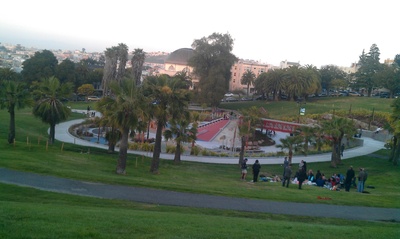 Tips for enjoying the park