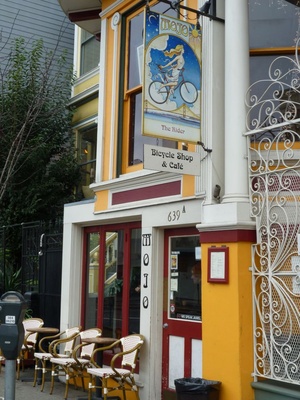 Mojo Bike Cafe is a cafe that will fix your bike, too.  Lots of light, serves beer, and has a bicycle repair shop in the back.

No WiFi, no power outlets. Okay, maybe sometimes they have WiFi (and they certainly used to), but they often don't.  It gets pretty crowded at night so it's not a good place to hang out and work in the evening from unless it's slow.  Some week nights are okay for work, but forget about it on the weekend - the place is slammed!

The book  Barack Obama Is Your New Bicycle by Mat Honan was written entirely at this cafe.

There used to be a really awesome garden in the back (well, it's probably still there), but due to complaints from neighbors it's no longer open.  In 2014 they switched up their tables / chairs, raising them quite a bit to give the interior a more restaurant-like feel. 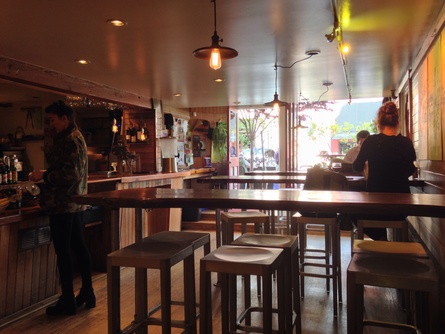 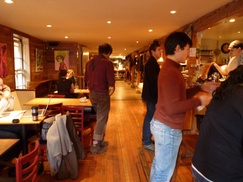 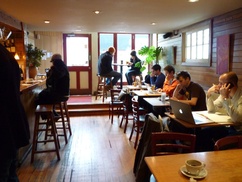