The Moscone Center is the largest convention space in San Francisco. It consists of three sections named South, North, and West.

It hosts many corporate gatherings, including Macworld in January, JavaOne, and Oracle OpenWorld.

WonderCon is in February.

The Moscone Center was built in 1981, and is named after George Moscone. 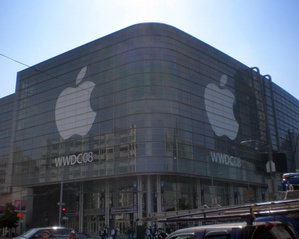