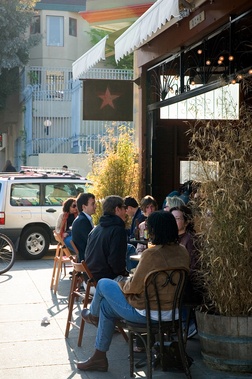 Revolution Cafe has outdoor and indoor seating, with heat lamps for the outdoor areas. The place can get a bit packed on some nights, though.

They usually have mellow live music here. You can check their music schedule on their myspace. On Sunday nights they have really kick ass classical music. Music stopped in March of 2008 because they didn't have an "entertainment license." They are trying to get one / work it out. 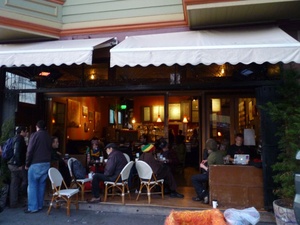 slight view of inside 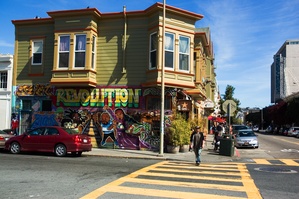 They painted a mural sometime in 2007. 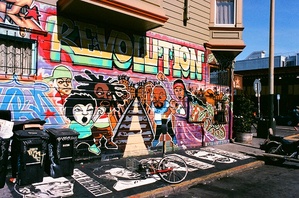 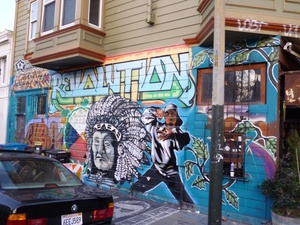 Current iteration of the mural (2010)