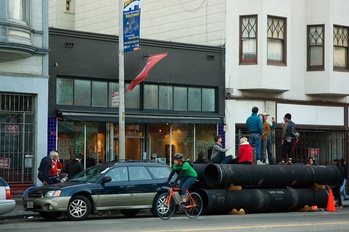 Ritual Roasters is a coffee shop in the heart of the Mission District. It is known as the place where all the hipsters in the Mission get their coffee, it's trendy as shit.

Around 2005, Ritual was generally considered some of the best coffee in San Francisco, with Blue Bottle Coffee edging in as its most prominent competitor. On April 20, 2007, Ritual opened a miniature cafe inside Flora Grubb Gardens at 1634 Jerrold Avenue in the Bayview; which has since closed. Ritual roasts their own beans in-shop with a roaster toward the middle of the cafe. For most of their early existence they were buying beans roasted by Stumptown Coffee and having them shipped directly from Portland, Oregon "several times a week to ensure freshness", but they do all their own roasting now.

In 2005, the cafe itself had very high ceilings, hardwood floors, lots of tables, loud awesome music, comfy couches, and rotating art. They had a bunch of really cool hanging lights, too.

Ritual also has a strong bicycle tradition, with tons of bikes locked up outside, Critical Mass signs around before the ride, and posters advertising local bicycle film festivals. Oh, and even their own bike posse!

On February 6, 2008, just one day after the pink building across the street caught fire, Ritual's roaster caught on fire. It sent smoke pouring off the roof and into the street. 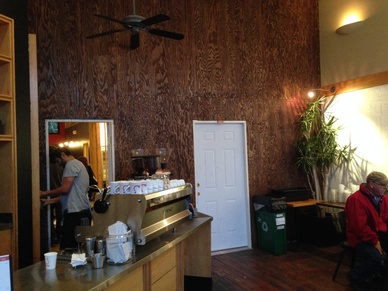 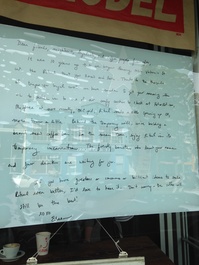 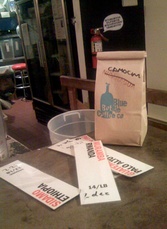