The San Francisco Redevelopment Agency was created in the 1950s by state law. 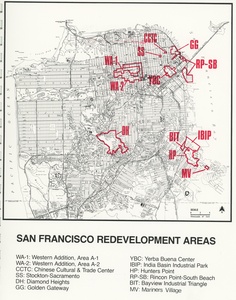 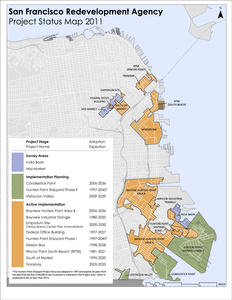 The agency officially ended in early 2014. Its "successor agency" finished redistributing or ending their ongoing projects on April 25, 2014.

Redevelopment around the Bay

Also you might be interested in learning about Oakland's redevelopment agency which also had a significant impact on Oakland.