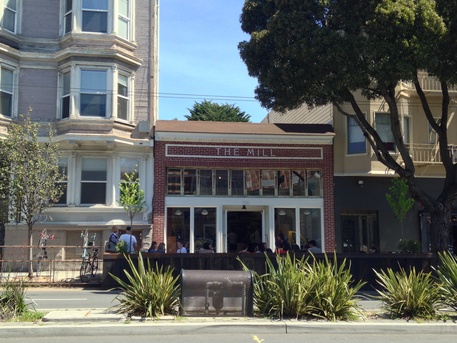 The Mill from across the street. April 2014. The parklet is pretty visible here.

The Mill is a coffee shop and bakery on Divisadero in the NoPa / Alamo Square neighborhood.  The business is a joint venture between Four Barrel Coffee and Josey Baker Bread.  They sell coffee, baked goods, bread and, most notably, toast.

There's a little parklet outside of the coffee shop.

The toast sold by The Mill started a fury of news articles about how crrrazy SF was because people were paying "$4 for toast!" 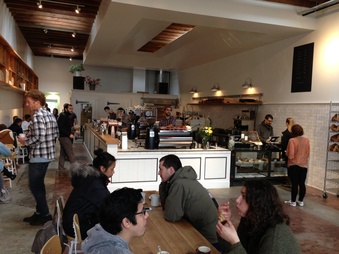 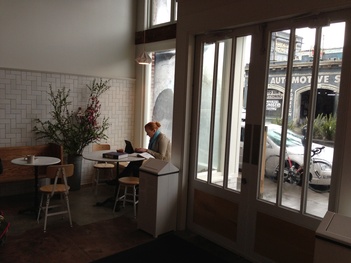 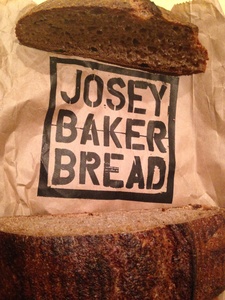 Some of the bread. 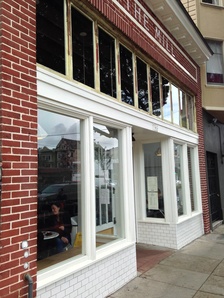 Before The Mill opened 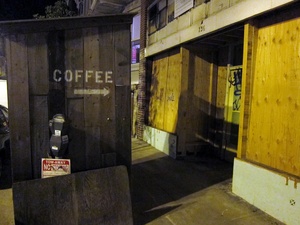 Before the Mill was officially open, they spray-painted "Coffee ->" on the wooden exterior of a port-a-potty and served up coffee inside.  Inside the business, not inside the port-a-potty.. Photo 2012.