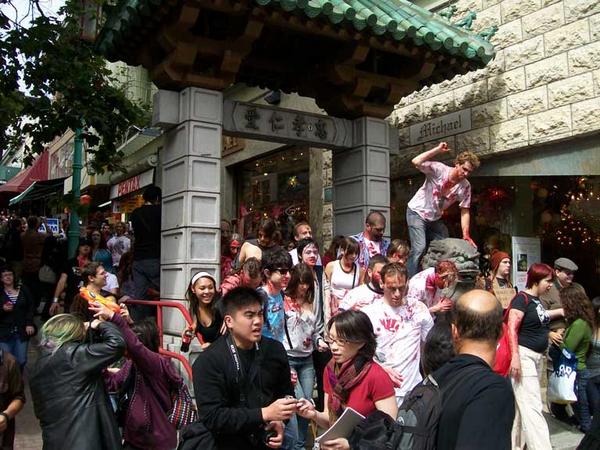 A photo by Yell

The Zombie Flash Mob is an activity that randomly occurs throughout the year in San Francisco. An alert is sent out via the internet and people are given the route that the "mob" will take. If you show up along the route with a duct-tape "X" on your person, you will be "attacked" by the zombies and become one. Once you are a zombie, you join the mob that crawls through the City and "terrorizes" citizens.

For more information, check out the website at http://eatbrains.com