The League of Filipino Students (LFS-SFSU)

Originally the League of Filipino Students started in the Philippines during 1977 as a way to combat tuition fee increases and the oppressive powers of their times. In 1997, a group of students and young Filipino Americans formed a chapter of LFS in the Bay Area. By 1998 LFS had established itself as a political organization within San Francisco State University. LFS-SFSU continues to take action in support of people in the Philippines as well as Filipinos here in the United States. Members of the organization devise appropriate action for the sake of liberation and National Democracy. Multiple social media outlets are used to organize and interact with the public. LFS has a Women's Committee as well being part of SFSU's Mula Sa Ugat, an alliance with five other Filipino student organizations.

LFS mostly uses Facebook, Twitter, and Instagram to spread the word for events and movements they're a part of. Their Tumblr and Wordpress have been out of use since 2015 and 2016 respectively. The email provided is from their Wordpress website and is likely outdated. I have searched on both SFSU and LFS websites, social media, and messaged LFS-SFSU about a physical location for the org on campus but I have not received a response. 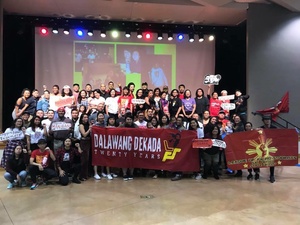