Weiqi/Go/Wei-Chi is the oldest and most continually played strategic game in the world. It combines math, art, competition as well as ancient Chinese philosophy and culture. Weiqi has been popular for more than 4,000 years and is gradually becoming an international game. 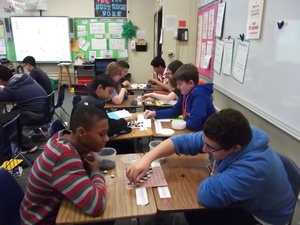 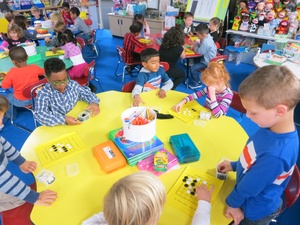 Weiqi requires the highest power of rational thought and generates intensive activities in both left and right hemisphere of brain. It cultivates the abilities of visual thinking, problem-solving, and decision-making. For young, this game is perfect for intelligence boosting and personality development. Concentration, discipline and endurance of setbacks will be developed in the game playing.

Research has built up the correlation between Weiqi and Common Core Math Standards. It shows that there exist “inherent” relations between Weiqi and Math. Students can experience learning and application of math concepts without even noticing. Our interdisciplinary curriculum use game-based learning strategy to integrate Weiqi with math standards. It will help students to develop number sense and three domains in Common Core standards -- Counting and Cardinality, Operations and Algebraic thinking, Number and operations in Base Ten. 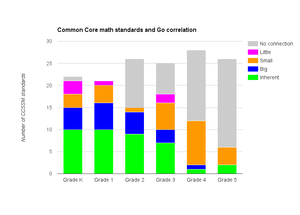 How can we use Go Game/Weiqi in the School?

We have served more than 15,000 students in 50 schools in Chicago area!

About the founder of Go and Math Academy

GUO, Xinming, Weiqi amateur 2D, is an Illinois licensed math teacher graduated from Tsinghua University and National Louis University. With many years of experience as a teacher, researcher, and school principal, Mr. Guo advocates Weiqi in the U.S schools and communities. Mr. Guo believes that teaching Weiqi, an universal language of math and an integral part of Chinese culture, will help students not only gain intellectual advantages but also develop good study habits and positive attitudes toward life. For his dedication and innovative research on Weiqi and Math, Mr. Guo is awarded “Teacher of the Year” by American Go Association in 2015.