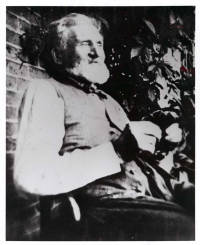 Heinrich (Henry) Harms (1832-1914) is considered the founding father of Niles Centre, present day Skokie. Harms, born in Prussia immigrated to the United States in 1851. He purchased a farm and built a home on the current site of the Skokie Village Hall in 1854. In 1858, Harms became Skokie’s first merchant when he opened a general store at what is now the intersection of Lincoln and Oakton. Throughout his life, Harms served in various civic positions: township constable, supervisor and commissioner of highways, and Cook County Drainage Commissioner.  He founded three school districts in Niles Township, and began operating Skokie’s first post office in 1863, becoming the area’s first postmaster. 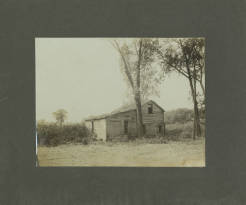 Henry Harms' First Home at the site of the Current Skokie Village Hall  Photo from theSkokie History ProjectAt one point, Harms owned 1,800 acres of Cook County real estate. Much of the area surrounding the current Lincoln and Oakton intersection to the west, south, and east was part of the Harms farm - Oakton Street was once called Harms Avenue. The Lincoln Avenue toll road, which ran between present day Galitz Avenue in Skokie and Halsted Street in Chicago, was developed by Harms. Harms’ many contributions earned him the title of founder.  Present day Harms Road and Harms Woods are named in his honor.