Since 2013, Skokie's Channelside Park has served as the home of the legendary World Wiffle®Ball Championship, the world's largest and oldest wiffleball tournament, played annually the second weekend in July, since 1980.

Four- to five-player teams, ages 10+, play a four-game schedule on Saturday, followed by a single elimination tournament for top qualifiers on Sunday. 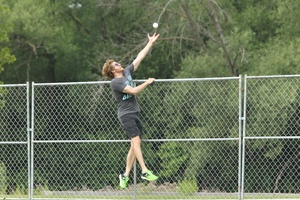 Over the years, the event — which grew up in the shadow of Notre Dame's famed golden dome (in Mishawaka, Indiana) — has been featured onESPN's SportsCenter, in Men's Health, in USA Today, in the book "101 Baseball Places to See Before You Strike Out" (ranked #27), and on Fox, CBS, ABC and NBC-TV. The tournament also has featured regional stops in Los Angeles; Baltimore; Eugene, Oregon; and Barcelona, Spain.

To play, please call  (847) 929-7171. For more information about the game of wiffleBall, go to the World Wiffleball Championship website.