This central coast city's 1-mile dirt track was advertised in the SLO Telegram-Tribune as the fastest in the country back in 1923. This track was located along South Street between Higuera and Broad Street. Even Italian born Indy 500 winner Ralph DePalma of Los Angeles set a speed record at San Luis Obispo's Exposition Park Raceway. The track is gone. It was done in by "Cheapskate Hill", aka the South Hills Open Space, where patrons could watch the races from the backside of the straight-away, opposite the covered grandstands and not have to pay.

The Expo Park site was later used in the 1930s, 1940s, and 1950s as a site for Ringling Bros and Barnum & Bailey, and Clyde Beatty circuses and Side Shows. But today you can still see part of the banked race track in the lawn at Meadow Park.

The following footage is of racing at Exposition Park Raceway in 1924. The movie "Sporting Youth" starring Reginald Denny was filmed here in 1924. This footage is often attributed to Caspar "Cap" Weir, who was the Chief Timer of the track during its operation although that is highly debatable. It's more probable that Mr. Weir received this footage as part of a Universal-Jewel "leader" given to the El Monterey Theater in San Luis Obispo at the premiere of Sporting Youth. 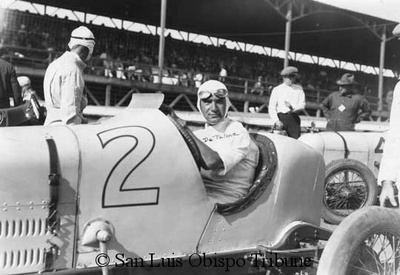 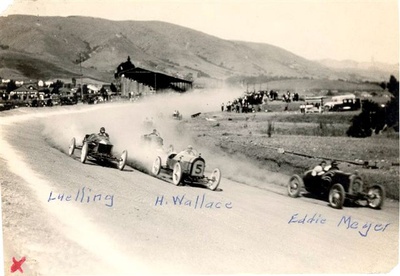 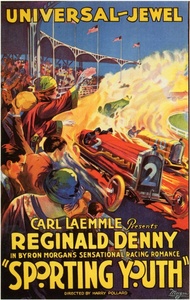