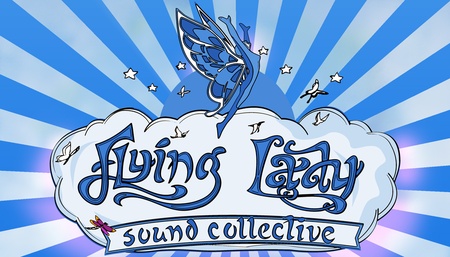 Music lies in its purest form when an artist is inspired to share an emotion. All too often, by the time an artist has the financial means to record their music, that initial spark has been lost. Flying Lady Sound Collective was founded to give voice to the artists who pour their heart and soul into their music, but don’t have the money or experience to record in a traditional studio environment. It is a place dedicated to free creative expression, where musicians can express themselves without worrying if they’re going to be able to afford another take if they make a mistake.

You may be surprised to know that the average studio album for a small scale band will often cost between $10,000-15,000. Historically, this cost was seen as an investment, and had some viability of being made back through physical record sales. Times have changed. Let’s face it, even with the advent of digital music retailers, we buy a helluva lot less music than we used to. Our culture has developed the notion that music should be freely shared, streamed and downloaded. Strangely, I wholeheartedly agree – the free sharing of music allows everybody, anywhere, to hear nearly anything; opening up millions of new ways for people to be moved by that initial emotion the artist was initially trying to express.

Although this shift in listening habits has brought numerous benefits to society as a whole, the starving artists are still stuck with a very large bill. This leaves the whole equation left very unbalanced. Small-time artists can no longer rely on their recorded music as a means of income, and are left having to peddle t-shirts, stickers and other largely unnecessary memorabilia. Something’s got to give.

As a society, we demand free access to music. Our lives are enriched by it, our souls are soothed by it. Ultimately, someone must fund it. The long term goal of this music studio is to generate enough support that we can move to a metropolitan area, become 100% publicly funded, and record artists for absolutely nothing. The content recorded at our facility would be licensed under the creative commons, free to distribute and share for all of humanity. Any money generated by the recordings would be distributed between the studio and the artist. This is not an impossible dream.

We have yet to prove ourselves. With time, support for our mission will grow, but until then, we have to eat. Currently, the studio operates in partnership with the recording artists. The basic agreement is that the artist records for free, keeps the hard copy, but splits the digital music sales with the studio. This means that every time you purchase a track recorded under the Flying Lady name, you support both the artist and the studio. Between this websites advertisement revenue and digital music sales, we have at a chance to make back some of our investment and keep this thing alive.