Demolition of the Abraham Lincoln Hotel (1978)

One of the major events in the history of Springfield was the demolition of the Abraham Lincoln Hotel on December 17th, 1978. This hotel was originally built in 1925 and closed down in the 1960s which lead to to the demolishing. The space it once occupied is now  parking lot. 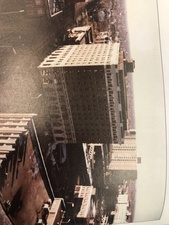 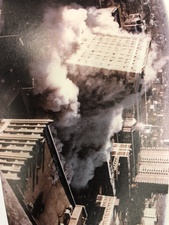 Restoration of The Great Western Depot (The Lincoln Depot) (1965)

The Great Western Depot, also known as the The Lincoln Depot was the place  where Abraham Lincoln gave his famous farewell speech before leaving to Washington D.C. to become the president. A group of preservationists restored the historic site in 1965 in order to avoid demolition. It is now a building for tours. 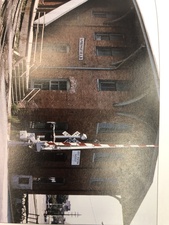 This was Springfield's first 'permanent' city hall building opened in 1894. However, in 1956, the building was found to pose a dangerous hazard to the people. Some of these hazards included bad foundation, no fire escapes, outmoded plumbing, and unsound elevator system among others. This led to the demolishing of the building in May 1961.   In its place  now is the Howarth Plaza named after then mayor Nelson Howarth. 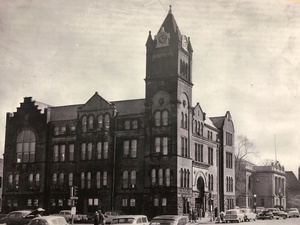 From 1972-1982, Illinois was one of the four states where Equal Rights Amendment (ERA) supporters and opponents protested. The states included Florida, North Carolina and Oklahoma. In the spring of 1982, Springfield ERAs and demonstrators stormed through the capitol with rallies, staged hunger strikes, and even spilled pig's blood in front of the Senate chamber in support of the Equal Rights Amendment. 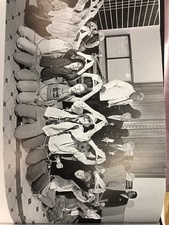 To learn more about the Equal Rights Amendment visit https://www.equalrightsamendment.org/

In the summer of 1957 a tornado coupled with a strong windstorm hit Springfield at 106 miles per hour. However this was not the only tornado that struck that day because within the span of June 14th-15th there was a confirmed 12 tornadoes all ranging in sizes. This tornado caused about $1 million in damages and many deaths. There is no exact number of the deaths that occurred. 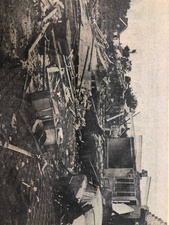 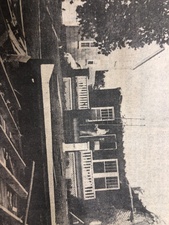 To learn more about the Tornado of 1957 and more visit https://tornadotalk.com/springfield-il-f4-tornado-june-14-1957/

The Old Capitol Art Fair is an event that takes place in downtown Springfield, IL that allows artists from all over the world to showcase and sell their various art works. However, this fair was a local event until 1968 where the number of applications from artists were so many that the fair was deemed an international event. 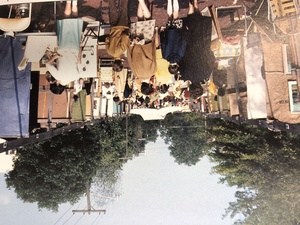 In April 1974, Rev. Negil McPherson filed a lawsuit against the school district of Springfield accusing the school district of deliberate actions that maintained racial and ethnic segregation in the Springfield public school. During the court case, the district admitted that their public school were segregated , and thus took responsibility. On December 7, 1976 the district judge ruled on steps to remedy the problem.

To learn more about the court case visit  https://sangamoncountyhistory.org/wp/?p=3160

*All photo credits go to the Sangamon Valley collection.