As the sixth building to serve as the capital of the state of Illinois, the ground for the current Illinois state capitol was broken on March 11, 1868. The building was complete in 1888, and cost of construction was $4.5 million. The main architect credited for its construction is Alfred H. Piquenard

It houses the executive and legislative branches of the state of Illinois. Located at the corner of 2nd and Monroe, its exact address. 401 S. 2nd Street, with the area code 62707. It is free to visit, but also houses the offices of officials such as the governor, and chambers for the Illinois General Assembly and the Illinois Senate. 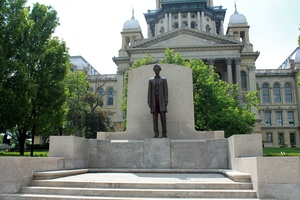 Lincoln by Andrew O' Connor, East side of the capitol building 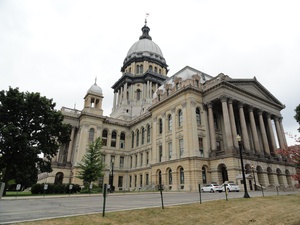 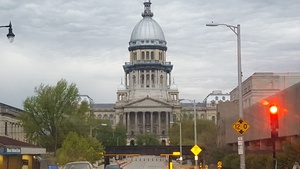 Capitol building from the East 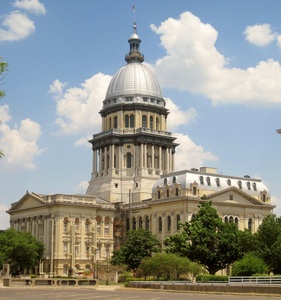