Humbard's Tower in Cuyahoga Falls is often called by locals "Rex's Erection" or "Humbard's Folly". The tower was constructed by Rev. Rex Humbard, who lived in Cuyahoga Falls and was a well-known televangelist in his time. His following grew, and he built up the Cathedral of Tomorrow, where the show was filmed. As his dreams grew, he built up the tower with the intention of one day having a rotating restaurant at the top of it. In time, he took to ministries in South America and his tower lay unfinished. These days, it has been purchased by Earnest Angley's ministries and today is still an operating televangelist church. 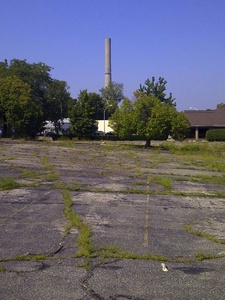