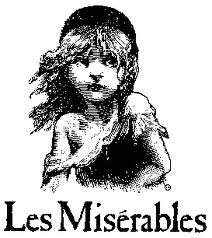 Tickets available in the lobby before each show

This is the 20th summer musical sponsored by the Leon High Choral Department. Since

the first summer production of Music Man, in 1991, Leon students have joined students from area

schools in providing a summer experience for over 1000 young people. After being a “traveling

road show” for many years, recently the shows have returned home to the recently renovated Leon

Les Miserables is an operetta, and features songs such as On My Own, Do You Hear the

People Sing, I Dreamed a Dream, Stars, Bring Him Home, and many, many other well known tunes.

The Student Edition was created by the original producer, Cameron McIntosh, to enable high schools

to experience the magic of Les Mis. The original London and Broadway shows were quite lengthy

and contained extreme vocal challenges for young singers. This edition maintains the essence of the

authors’ vision while streamlining the running time. Some of the songs have been transposed into

school not attend. The poverty and political climate during 19th century France caused many

hardships for the general population. This is vividly portrayed in the story from Victor Hugo’s original

novel, which came out during the American Civil War. Many movies and plays have adapted the

novel, but none as successful as the musical, which opened in 1985.

Les Miserables is one of the longest running and successful musical productions of all time.

At present the latest touring company is playing to sold out theatres across the United States.In

the Finale, the character Val Jean sings to Cosette the timeless message of Les Mis; the universal

truth, “To love another person is to see the face of God.”