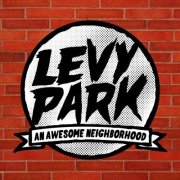 Levy Park Neighborhood is the general area between Tharpe on the north, Monroe St. on the east, 4th Ave on the south and Gibbs on the west. It is "an awesome neighborhood," as one can tell from the neighborhood seal. 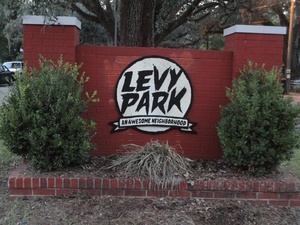 The Crest of Levy Park on 7th Aveartists and musicians. We are gardeners and urban farmers, bicyclists, skateboarders, walkers and runners. We stroll to Publix, Lake Ella and the shops, eateries and taverns of Midtown. We love our pets, be they chickens, cats, dogs, rabbits, hamsters or lizards. We plant butterfly and rain gardens and we host potluck dinners, barbecues, wine-tastings, firepit bull sessions and yard sales. One of the city’s most vibrant and active African American churches – the Family Worship & Praise Center – anchors our neighborhood and serves as our polling place. We are neighbors, friends and families, and we look out for each other." - Levy Park Neighborhood website

The neighborhood is very proud of its Community Garden on 6th Ave and Aintree Lane, and its many residents who work at and own local business in the area.

Levy Park established a Neighborhood Association in 2012, and is working to formalize the group as an integral part of Tallahassee's community building efforts. Some early priorities for the Association were identifying boundaries of the neighborhood, disseminating information about safety and establishing leadership. Read about the Association in a recent issue of the Capital City Villager.

The famous neighborhood seal was design by Jerrod Landon Porter, a longtime Tallahassee resident. The seal, made into t-shirts, has recently been popping up in pop culture, including Billboard's Battle of the Bands featuring Tallahassee hip-hop group After the Smoke.