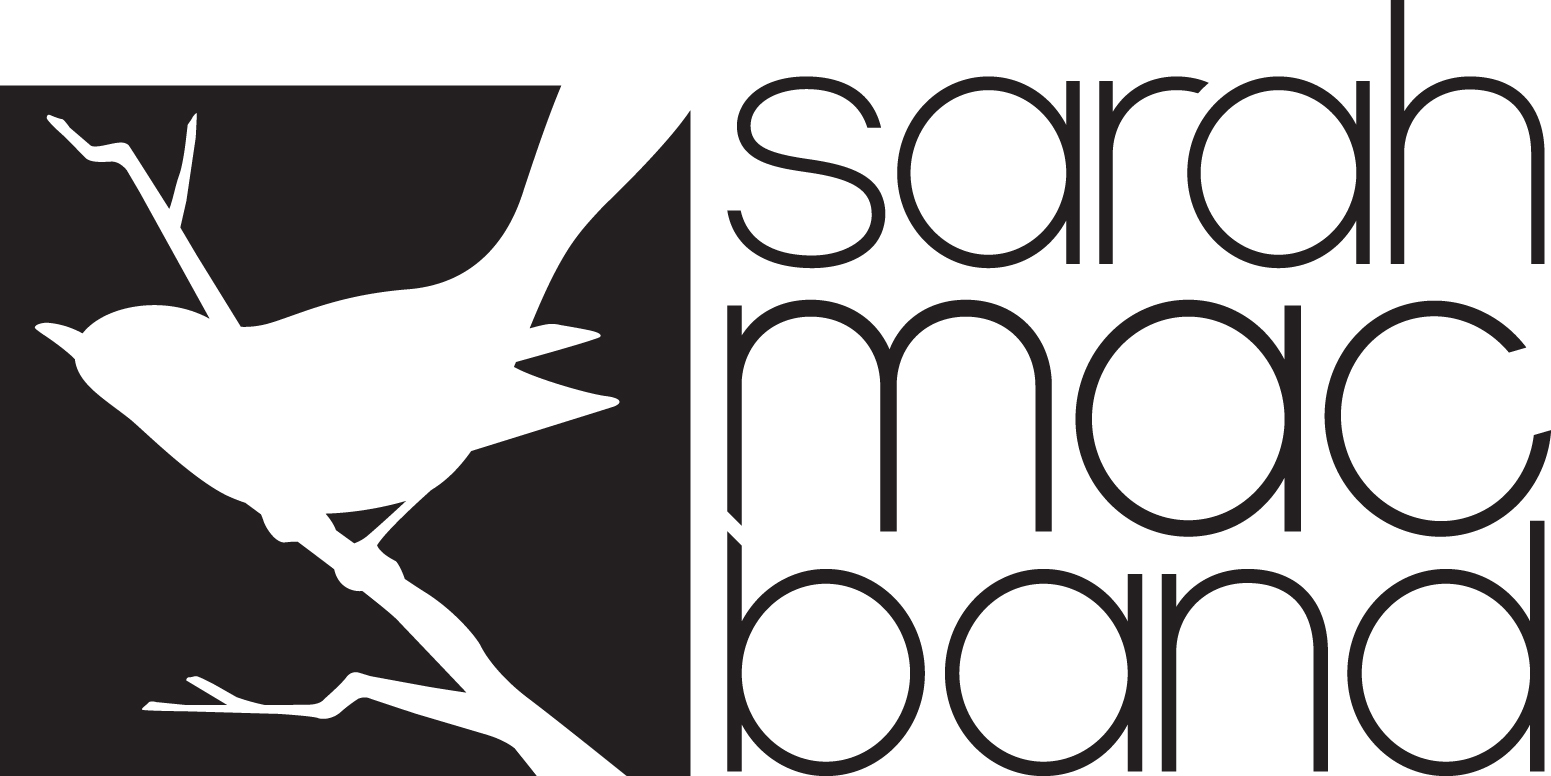 The Sarah Mac Band is made up of Sarah Mac, lead vocals, guitar, keyboard and any other instrument needed, Claire Swindell, bass and vocals, and Charlie Vanture, guitar and vocals. Each of them now call Tallahassee, Florida their home but happily travel the south sharing their love of music. Charlie is the ‘old guy’ with over 20 years on both Claire and Sarah Mac. His musical style was formed g...rowing up listening to the Beatles and the numerous blues and rock bands that permeated the old underground FM album stations that thrived in the late 60’s and 70’s. Sarah Mac and Claire grew up later where much of their musical styles were influenced by a variety of groups from the 80’s and 90’s. Their influences are peppered with a veritable cornucopia of people ranging from singer songwriters, pop bands and even the occasional ‘anthemic’ rock band.

Claire, Charlie and Sarah Mac joined together in early 2005 aspiring to create original music that blended these unique styles that each brought to the group. What emerged was the Sarah Mac Band; an engaging combination of blues, jazz, and acoustic rock that has been classified as both Americana and Alternative. The band simply describes the sound as 'jazzy, bluesy, rock with a healthy dose of soul’.

Sarah Mac's voice at times has the full power and grit of Janis Joplin, the sweet, soothing breathy tone of Feist or Edie Brickell, and the gut-wrenching raw tones of an old soul or gospel singer. Paired with Charlie's intricate, sultry guitar work and Claire's solid, intriguing bass lines, this trio will leave you wanting to hear more.

Over the past 6 years the band has built a growing fan base along with a considerable repertoire of original music, interspersed with fresh version of some cover songs, that span a broad range of musical styles. They have created a sound that has been variously compared to the styles of musicians like Sheryl Crow, Adele, Ingrid Michaelson and Joan Osborne. During this time the band has been playing numerous venues and clubs throughout the South and crafting a live show that brings a raw energy that must be experienced to be fully appreciated.

The band has released 3 EPs, Countdown to Silence – 2006, Open Fire – 2007, and Live Covers Vol. 1 - 2011, and two full length CDs, Awakening – 2008 and A Single Revolution – 2010, with favorable reviews and ever increasing sales. The band's latest album, which was produced by Ric Hordinski at Monastery Studios in Cincinnati, OH, will be released in September of 2012.

"It’s easy to rave about Sarah Mac and her remarkable talent. She has the vocal power and delivery that is frequently compared to Janis Joplin or Joan Osbourne, while her writing style may be closer to Joni Mitchell with its blues and jazz undertones. Her band is solid and accomplished. You won’t find many guitarists who can approach the caliber of Charlie Vanture, or a bass player with the solid chops of Claire Swindell. There is nobody around playing the soulful rock sound that makes the Sarah Mac Band so unique and fresh.  So why do I love Sarah? Sarah Mac gets it." - Tallahassee Magazine

"Tallahassee-based Sarah Mac is a chick that can sing. She has the ability to change from the soulful grit of Janis Joplin to the sweet, breathy tone of Dido - and even inject some thunderous gospel." - Creative Loafing, Tampa.

“Tallahassee trio the Sarah Mac Band -- Sarah Mac on vocals, guitar and more; Charlie Vanture on lead guitar and Claire Swindell on bass -- are becoming familiar faces in Tampa Bay, thanks to regular performances at venues like the Hideaway Cafe in St. Petersburg and Skipper's Smokehouse in Tampa. They're a welcome sight, as their laid-back, feel-good jam-pop -- think Grace Potter and the Nocturnals, or Melissa Ethridge on vacation -- has earned them spots opening for the likes of Shawn Colvin, Robert Randolph and the Lee Boys, among others. ”
- Jay Cridlin, St. Petersburg Times Soundcheck Blog

Sarah adds vocals to the band, as well as playing the guitar and piano. It was widely thought that she was an intuitive, natural musician until her recent acquisition of an accordian, which she has been unable to learn how to play so far (much to the relief of her band members). She has formal training in the mental health field and is the team leader in the quest for healthy band member relationships and emotional wholeness.

Charlie, the oldest member of the Sarah Mac Band, lost his passport, which prevented the Sarah Mac Band from coheadlining U2's last world tour. He complains that his life is ruled by women-- Sarah, and Claire in the context of the band, and his amazing wife Jaye, otherwise. He finds solace in practicing the guitar, which he has only been playing now for two weeks, and still finds the strength to ever remain "your hero and mine."

Claire is the business and the brains behind the Sarah Mac Band franchise, sending out detailed weekly schedules to everyone first thing on Monday mornings to keep them all on track. She suffers from insomnia, which makes her the official driver for travel after late night gigs. She has years of formal training in piano and guitar, and then dabbled in hand percussion before deciding to learn to play the bass to fill out the SMB rhythm section. 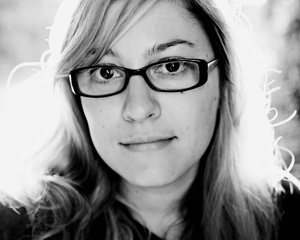 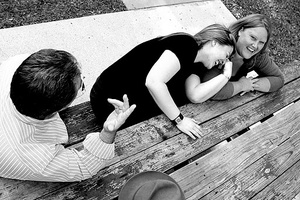 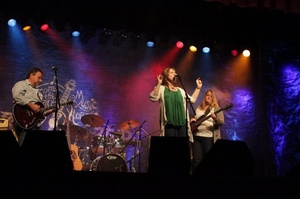