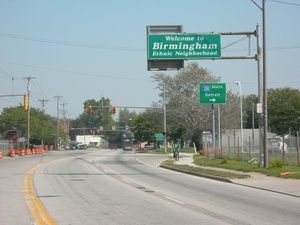 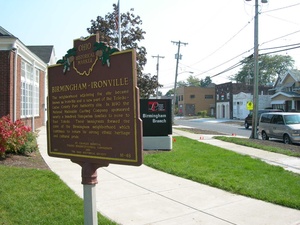 The Birmingham and Ironville neighborhoods were so named because of their early iron industries located along Front Street and the Maumee River. This became Toledo's first area of heavy industrial development with iron manufacturing, coal shipping, oil refining, shipbuilding, and flour milling operations. In 1864 the Manhattan Iron Company built a charcoal blast furnace near the river's mouth, securing fuel from nearby forests.

The neighborhood adjoining the site became known as Ironville and is now part of the Toledo-Lucas County Port Authority site. In 1890 the National Malleable Casting Company sponsored nearly a hundred Hungarian families to move to East Toledo. These immigrants formed the core of the Birmingham neighborhood which continues to retain its strong ethnic heritage and cultural pride.