The Cook's name was the flagship brand of the Cook United Corporation. [1] Finanicial troubles at the corporate level resulted in the closing of all the locations in Toledo, which at the time consisted of locations on North Byrne Road, North Reynolds Road, Lewis Avenue, Woodville Road, Buckeye Street, Monroe Street and Sylvania Avenue. [2]

After this location closed, the building remained vacant for some years until finally razed by the city. What is left now of the original building, is the foundation, parking lot, and the some concrete lamp post mounts. 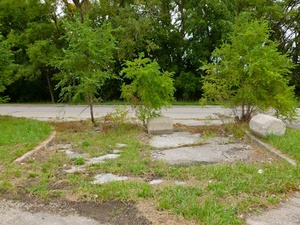 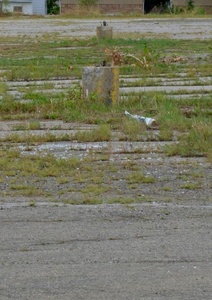 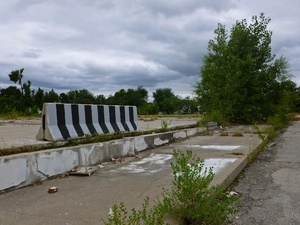 This appears to be the foundation, the last remnants of the main building.
Cook's Buckeye Street Location.

United North is in the process of trying to get this area redeveloped. [3]