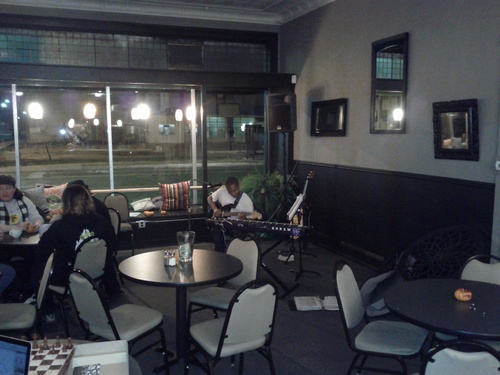 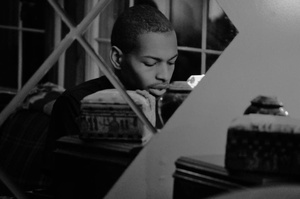 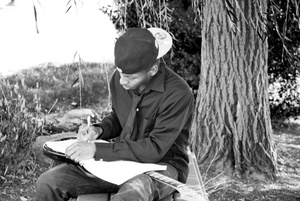 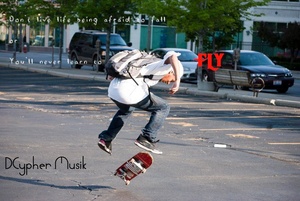 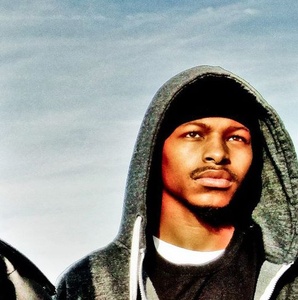 It is rare to hear one say they began their career as a musician as “an almost crusade” to save hip hop, but being rare is quite typical of DCypher Musik.Born June 28, 1987 to a single mother of three, DCypher Musik’s humble beginning never hinted at the greatness he was destined to achieve. DCypher, whose birth name is Aubree Thompson, comes from a line of hard workers and talent. Learning many lessons witnessing his mother, former stage actor and singer Audra Thompson, struggle to survive, DCypher downloaded all this information to heart and used it as motivation as he began his struggle to stardom. Now armed with a seemingly endless pool of talent, "DC" is poised to become Musik’s newest superstar.

With a life story fit for the movie screen, DCypher Musik has positioned himself as a leader in the Milliennium Soul Musik Movement. A movement based on breaking barriers of all kinds, its purpose is to united people regardless of background through Musik. "DC" would seem to be the perfect candidate to head this campaign. He effortlessly blends a wide array of musical styles, while still remaining amazing accessible to mainstream audiences. He list an impressive list of artists he calls his “Top 6”:Jay-Z, Lupe Fiasco, John Legend, Jimi Hendrix, John Mayer, and Lauryn Hill. With a broad musical repitoire that consists of heartbroken blues, lyrically driven hip hop, power funk, and old school soul, it is a wonder how he manages to mix it so seamlessly, delving into these styles so convincingly. “To me, Musik is open. The only limits on it are created by people, but I believe Musik is alive and it would object to being asked to conform,” he states.

In addition to being a tireless worker as a musician, DCypher is also philanthropic minded person donating many hours at the Life Bridge Donation Center in Toledo, OH. When asked where this spirit to give back comes from he says, “A lot of it is because I’ve been in a place where I didn’t have anything and I needed help, so I know what that feels like. The other part of it is just because it’s the right thing to do.” Insisting that his Musik is for the people, he says his goal is to keep his songs as real as possible. With so much imbalance in the Musik of today, the change is welcomed.

A hip hop artist, multi-instrumentalist, and vocalist are just a few words to describe this dynamic musician. It seems almost impossible to place him in one category and he makes it clear that is his intention. His latest project, Millennium Soul Musik Volume 1, is a reflection of an artist whose purpose is to destroy the labels of Musik .“My goal is to get constantly improve so to me it doesn’t matter what the Musik is called as long as it feels right,” He says. With all the potential this artist shows, it is definitely a CD worth the anticipation. When it final comes, maybe we all will be able to DCypher Musik a bit better.