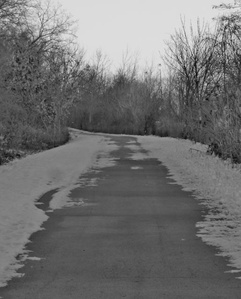 A section of the Green Belt Parkway Bike Path greets the new year.
taken by one Mr. C. Eichenberg of Toledo.
Northriver/Vistula/Lagrange or the Eastside/Ironwood/Birmingham neighborhoods, offers some excellent spots for urban exploring. Starts from the intersection of Cherry and the Greenbelt Parkway, travels along the Parkway. One section then continues on, a small one that circles the Skyway on-ramp, though if taking the left side street you will eventually arrive at location of the former Cooks Department Store. The other section branches off to the right across the Greenbelt. This one weaves itself among the columns of the Skyway, and continues across the Craig Memorial Bridge.

Area Along the Bikepath

If heading towards the Skyway, the right-hand side is dominated by a drainage ditch. This ditch starts shallow but deepens as the Skyway gets nearer. The shallow end tends to have various of forms of refuse from small trash to broken appliances. The left-hand side is a strip of land that lays between it and Forest Cemetery. The character of this land could be described as marshy as parts are known to flood in the spring. As such many animals have called this piece of land home. Some are common to a wooded area in a relatively urban environment; squirrels, small birds and field mice. Here though there are a few that are not so common such as snakes and deer. The number of either of these two groups is unknown, but in November of 2014 there were four deer spotted together. 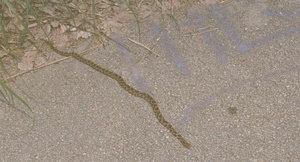 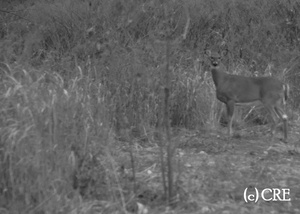 By size and bearing, a buck observing a visitor.
taken by one Mr. C. Eichenberg of Toledo.
Nikon D90 w/ Kodak Series VII 25A filter. 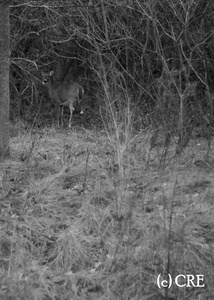 At a glance a doe.
taken by one Mr. C. Eichenberg of Toledo.
Nikon D90 w/ Kodak Series VII 25A filter.