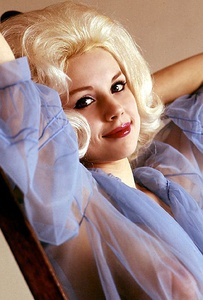 Jan Roberts born June 9, 1939 in Brooklyn, New York and raised in Toledo, Ohio, is a former American model who was Playboy magazine's Playmate of the Month for its August 1962 issue. Her centerfold was photographed by Pompeo Posar. She also appeared in the issues for January 1963, July 1963, October 1964, and August 1966.