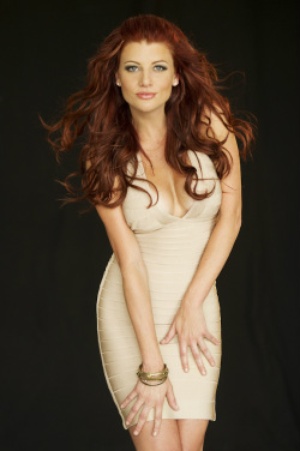 Jessica Lee Flowers was raised in the small town of Hillsdale, Michigan. She studied Nursing at Western Michigan University and obtained her degree with Honors at Davis College, where she resides in Toledo, Ohio. Her first love for acting began when she was hand picked to be a Featured Extra by Micheal Bay for the Transformers 3: Dark of the Moon. Since then she has researched and studied the methods and techniques of legends like Stella Adler, Lee Strasberg, and Sanford Meisner. Determined to learn the business of the acting world, she continues her education taking private acting lessons. She is also training how to model, pose, runway walk, act, improv, and perfecting monologues at S.B. Entertainment Group, A Margaret O'Brian Company. Jessica was also recently an Extra in George Clooneys new film Ides of March, an Actress for The Muse Crew's MTV Pilot, and Kopelli's new R&B Music Video. Rising to the top Jessica shows no mercy for she was name Maxim's 2011 Hometown Hottie and hopes to be a Semi-Finalist. She loves spending time with her family, one sister, and two brothers,and friends. She spends her spare time on the Golf Course, by the pool, or in her flower garden. She loves doing things for others by donating to 20 + families every Christmas providing new clothes, shoes, food, gift cards, groceries, and gifts to give their own children. She also is a sponsor of the Make-A-Wish Foundation every year which her youngest brother of two remains in Remission of Cancer.