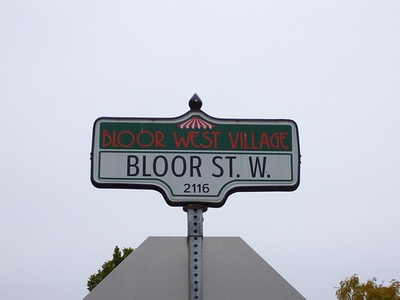 We're the neighbourhood with the coolest tagline!

How do people relax here? Pick up ball games or theatresports? Tai Chi or Drumming Circles? How do people who hang out in this 'hood spend their time? Theatre, stages, cinemas, Mall, Skate Park, whatever... Know a place to chill out? List it here.

Sing with the High Park Choirs of Toronto! Divisional choirs for children aged 5 to 18. http://www.highparkchoirs.org Artistic staff include internationally-renowned conductor Zimfira Poloz, Margaret Stanfield, Marina Filippova and Sheldon Rose. Children have lots of fun and learn while developing their vocal skills. Come and sit in on a rehearsal, attend a concert or an event. To audition, please contact [email protected]

Cheap eats and not so cheap eats, oops, make that ambiance!

How did the neighbourhood get its name? Who founded this neck of the woods? When? Anything cool happen recently? Say the past 5 years, stuff still in people's memory, say the past 5 minutes, y'know?

and where to meet them.

What's the housing scene like? How much for how much? Architecture Styles. Price Ranges. How new or old are most of the housing here? Condominiums, Townhouses... Major complexes, best apartment buildings, golden cockroach award? If applicable: Hotels / Motels / Hostels / Bed and Breakfasts for out-of-towners, here's the scoop.

Major thoroughfares through this neighbourhood, if any. Existing ones or those planned for the future. Major North-South streets. Major East-West streets.