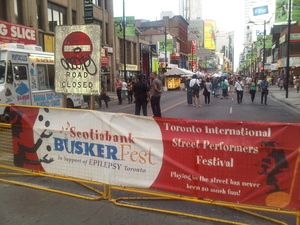 Comedy, spontaneity and a dash of the unbelievable! Welcome to the wacky and wonderful world of BuskerFest Toronto.

Buskerfest 2013 is happening Thursday August 22 to Sunday August 25 2013 on Yonge Street between Queen Street and Gerrard Street, and College Street and Yonge-Dundas Square, and on the Ryerson Campus in the new carfree zone at Gould Street and Victoria Street.

Admission is FREE, with a donation of choice in support of Epilepsy Toronto.

There are purple T-Shirt wearing volunteers holding donation buckets near the main entry points. Drop some coin, get a purple sticker. Wear the sticker, show your support.

There are also non-busking things happening, including getting free pizza slices, free bags of chips with dip, sampling organic milk and fruit juices. The free food is easy to spot, look for the longer line-ups near the branded tents or food truck/trailers.

Saturday August 24, 2013 - 9:30 p.m.: Special Fire Performers show on the stage in Yonge-Dundas Square, with all the fire related acts teaming up for a Benefit Show.

There's no real schedule, just show up and walk up and down Yonge Street. This year, there are more than 120 performers, and 60 different acts. What you will find is a mix of the following:

There is also a kids zone in Trinity Square Park: 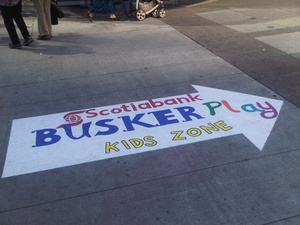 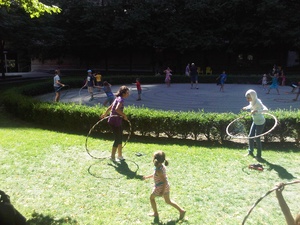 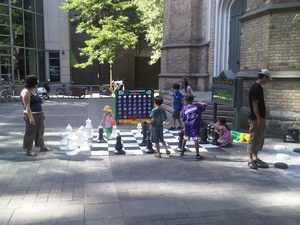 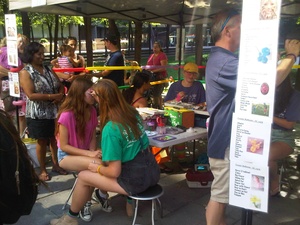 Buskers are gusty street performers who fly by the seat of their pants - sometimes literally! They boldly take their astonishing talent right into the audience where spectator participation ensures every show is just a little different.

From the delicate balance of traversing a slack rope on a unicycle and juggling, to the athletic feat of flying on a skateboard through a blazing star of fire. Their employ quick wit and stunning feats to draw a crowd, and earn a buck or two at the end of their acts by passing the hat.

Beginning in 2000, the first three Buskerfests took place in Nathan Phillips Square, but by the fourth year a bigger venue was needed. The next ten years, Buskerfest Toronto made the St. Lawrence Market neighbourhood their home.

2013 sees the festival move for the third time, and for the first time it is making Downtown Yonge Street it performance space. Based on the first day and a half, the new expanded space is working really well!

It's now the single biggest Epilepsy awareness event in the World. It's also now North America's largest Buskerfests. Yes that's plural. Other cities have them too. Including Edmonton, going on 29 years, and Halifax at 27 years.

And it was 15 years ago that the then Executive Director of Epilepsy Toronto was enjoying Buskerfest Kingston, wondering why Toronto didn't have it's own Buskerfest. The City of Toronto happened to be wondering the same thing at the same time. A year later, Toronto held it's first. 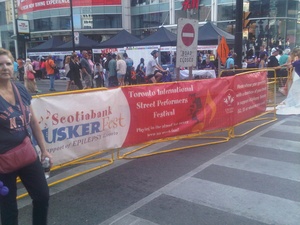 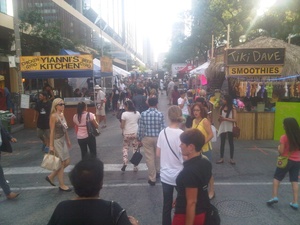 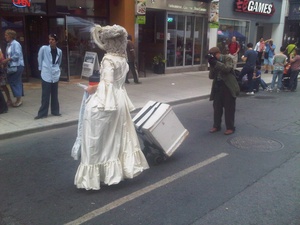 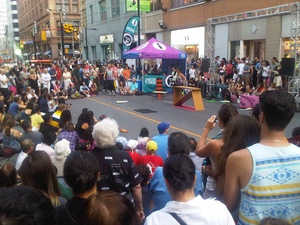 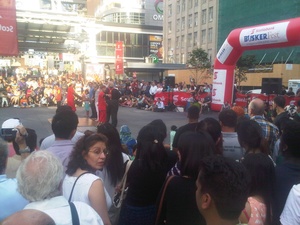 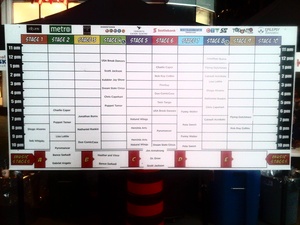