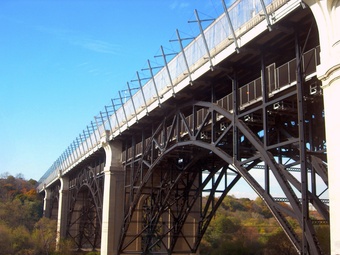 The Luminous Veil suicide prevention barrier across the Bloor-Danforth Viaduct atop the Don Valley Parkway.

The Luminous Veil is a suicide prevention barrier that was added to the Bloor-Danforth (Prince Edward) Viaduct in 2003. 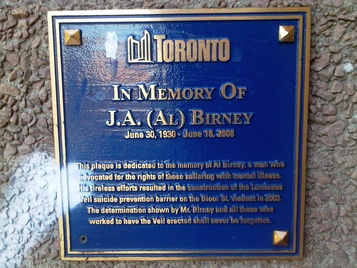 This plaque is dedicated to the memory of Al Birney, a man who advocated for the rights of those suffering with mental illness. His tireless efforts resulted in the construction of the Luminous Veil suicide prevention barrier on the Bloor St. viaduct in 2003. The determination shown by Mr. Birney and all those who worked to have the Veil erected shall never be forgotten.
It was through the tireless efforts of J.A. (Al) Birney, an advocate for those suffering mental illness, that this barrier became a reality. He was fighting for a Suicide Prevention Barrier through the 1990s.

Along with Michael McCamus, Birney lobbied Toronto City Council for FIVE Years, but that wasn't enough.

Their campaign picked up sympathy in 1997, when a 35-year-old man named Martin Kruze jumped off the bridge to his death shortly after a man convicted of abusing him as a child received a two-year prison term, a sentence widely viewed as too lenient. The case drew national attention because the convicted abuser was part of a ring operated by employees of Maple Leaf Gardens, formerly the arena of the Toronto Maple Leafs ice hockey team.

One such study of the Duke Ellington Bridge in Washington, D.C., showed that the building of a barrier there in 1986 did not cause a corresponding increase in suicides at the nearby Taft Bridge, suggesting that certain sites have a special draw for potential suicide jumpers. Given a barrier, those considering suicide are forced to pause, giving them an opportunity to rethink their predicament and seek help.

I ( HiMY ) was there on the day of the official un-veiling (pun intended) of the Luminous Veil. I met Al Birney and speaking to him in person, it was a bittersweet day, a long time in coming.

Birney that day was happy it finally went up, and yet, he was pissed off like anything that because money concerns by Toronto City Council had delayed the project by several years. In that time, dozens of people jumped from the bridge and killed themselves.

After the Golden Gate Bridge, this bridge did have the second highest number of suicides in North America.

Since installation of the barrier, the number of suicides from the bridge spanning over the Don Valley Parkway has dropped to ZERO.

Numbers for another bridge a few kilometers away have essentially remained unchanged.

The research shows likewise. Planning Suicide is a long drawn out thought process. However, the act of going through with the suicide is almost often a spontaneous decision. Remove the opportunity, and the moment passes, so to speak.

Overall, the numbers of suicides in the Greater Toronto Area have gone down since the Veil went up. We can never say for sure why overall, yet, ZERO is a pretty big number for this location, which pre-Barrier, was the second-most jumped from spot in The World.

Designed by architect and University of Waterloo Professor Derek Revington and engineers at Halcrow Yolles, a structural engineering firm in Toronto.

The Luminous Veil consists of over 9,000 rods, each 5 meters tall, spaced 12.7 cm (5 inches) apart and held in place by an angled steel frame.

The tensile structure was difficult to analyze and required several tests at the University of Toronto. In 1999 it won the Canadian Architect Award of Excellence.

Though the Veil originally was to be illuminated from the top horizontal member, the Luminous lighting was never installed due to cost. 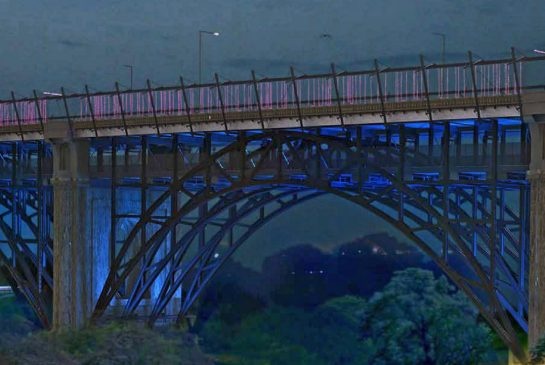 In this handout photo, we can see what the Bridge, over and under, may look like once lit up.

10 years after first being installed, and having the "Luminous" part of the "Veil" cancelled due to lack of funds, Toronto City Council's Executive Committee approved the money necessary to illuminate Bridge using today's cheaper LED technology in time for the Pan Am Games in 2015.

Jennifer Jones, chair of the bridge lighting committee at the Danforth BIA, says,

"The most delicious part about this whole project has been the reaction and the support from everywhere we go, .. Everyone is so excited. There’s this clear sense that the city needs this."

“It’s not garish or in-your-face, it’s subtle and beautiful.”

" The project will light up this architectural wonder in the City of Toronto, providing an iconic image for the games that everyone can see when they drive down the Don Valley Parkway. " 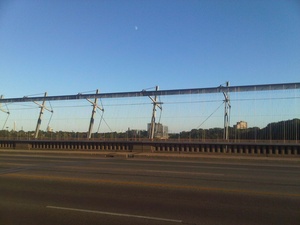 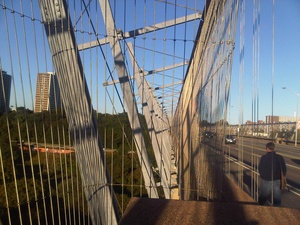 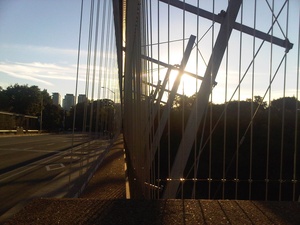 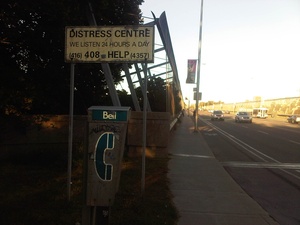 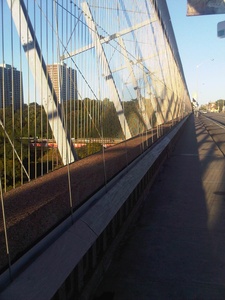 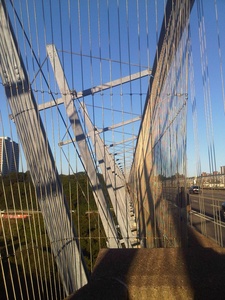 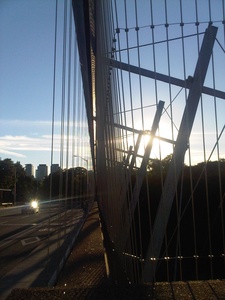 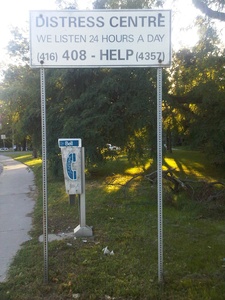 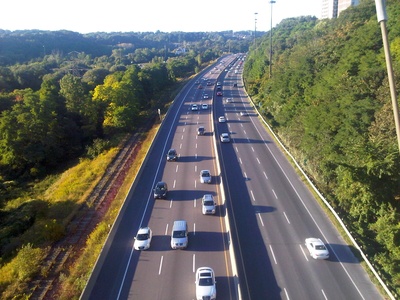