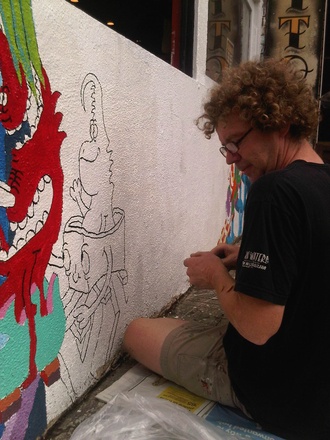 "Runt" or sometimes including a first name and using "Al Runt", is the Professional name of Mural Artist Alex Currie.

His most recognized work may be the Facade of Lee's Palace on Bloor Street West in The Annex.

He draws influences from Comic Books, and inspiration from the artworks of Dr. Suess.

He has a sketchbook of drawings of characters for his murals that he carries and references when doing his work. Some of the sketches are 15 years old! 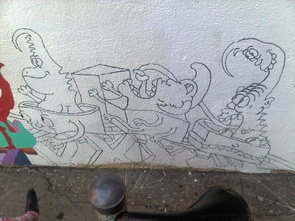 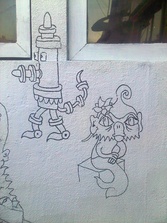 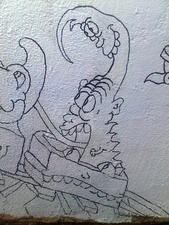 The name "Runt" comes from a film production company he once started. As began doing Murals, he decided that "Runt" would be better branding than using his first name "Alex". 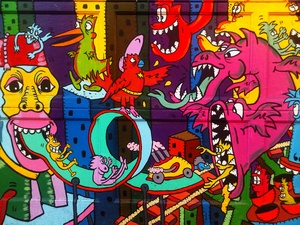 It worked. Many Torontonians can instantly recognize his Mural style and can name the Artist as "Runt".

He's currently completing a commissioned front mural the Big Fat Burrito at the corner of Augusta Avenue and Oxford Street in Kensington Market.

In 2014, was the subjectRUNT, the first documentary on the artist, a film directed and produced by Augusto Monk. The film features the making of Runt's latest mural at the time, a commission for the Electric Mud BBQ in Parkdale; the film also showcases Runt's other murals in town and a number of interviews with art writers, the artist himself and collectors his canvases. 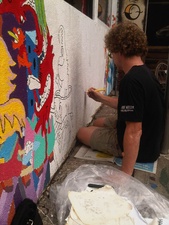 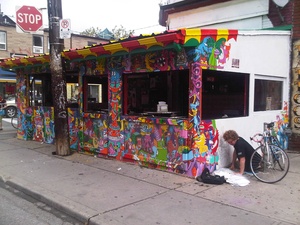 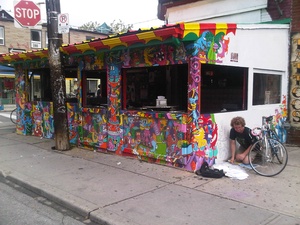 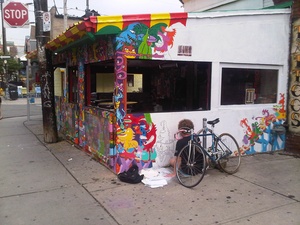 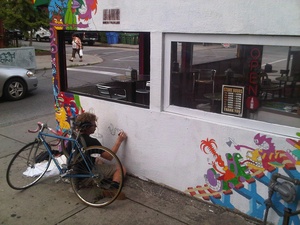 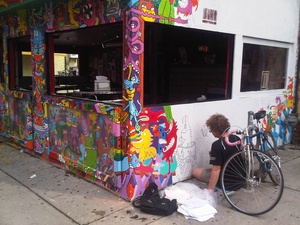