The Toronto Financial District BIA is a recent addition to the number of Business Improvement Areas around Town. Formed in 2011, like almost every BIA, their mandate is promoting economic development within their levy area.

They are independently managed by a Board of Management drawn from representatives of member organizations.

They are currently holding Public Consultations on a future 5 to 10 year strategic vision, but get this, instead of holding them in the evenings when most of the Financial District people are back home in the Greater Golden Horseshoe, they have been held during DAY TIME business hours in the underground PATH system, in the base of the major towers downtown. Cool hunh?

Their final Public Consultation this time round will be in front of Brooks Brothers in the bottom of the RBC Place Towers On Wednesday July 3 2013. So give them your two cents on what you want to see improve over the next five to ten years. 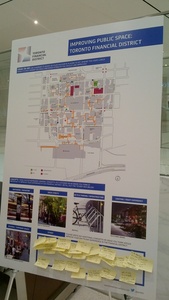 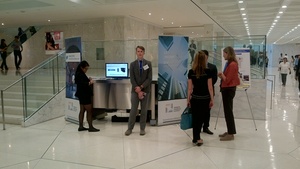 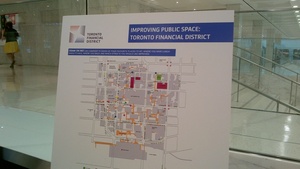