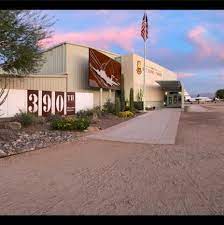 Welcome to the 390th Memorial Museum located within the Pima Air & Space Museum on E Valencia Road. This museum was dedicated to portray life during World War II through personal stories of the 390th Bomb Group. The memorial honors the 673 members who died for our freedom. The museum offers over 80,000 documents, photographs, artifacts and aircraft that were used during this time. The collection provides a great sense of life and war way before most of our time. It is a great place to go and spend some time looking at our history and the way we used jets to help us travel with such little advancements in technology. Now we see F-22’s being in use which can reach up to unbelievable speeds and was built with the new design in order to protect our nation. The museum offers so much for kids, families and anyone interested in old history, and the battles during World War II.

World War II was fought two decades after World War 1; it was fought between the Axis powers which were Germany, Italy, and Japan and the Allies which were France, Great Britain, the United States, and the Soviet Union. It was Adolf Hitler invasion of Poland in September of 1933 that made Great Britain and France to declare war on Germany starting World War II. The war took place for about six years killing around 60 million people and within this time was when Hitler rose to power and became obsessed with the “pure” German race starting the Holocaust. Hitler sent many troops to then occupy Austria in 1938, but it was within this time that the United States as well as the Soviet Union were occupied with their own politics that neither France nor Britain decided that it was time for confrontation with Hitlers aggression. In August of 1939, Hitler signed the German-Soviet Non Aggression Pact which was  created so that Germany and the Soviet Union would agree to both take no military action against each other for the next 10 years; he then planned an invasion towards Poland who Great Britain and France had promised military support if invaded by Germany. This pact proved that Hitler would be guaranteed no war between the two fronts once he attacked Poland; he would have Soviet assistance in the attack. It was on September 1, 1993 that Hitler overran Poland from the West; two days later, France and Britain declared war towards Germany marking the start of World War II. Under attack from both sides, the Soviet Union raided Poland from the east and they fell quickly; by 1940 Germany and the Soviet Union had control over Poland. 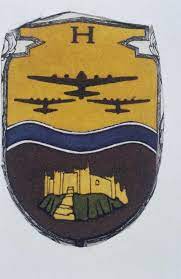 The 390th Bomb Group was, “Based in Parham, England, the 390th Bombardment Group (H) flew 301 combat missions against German military targets. It played an important role in many missions now recognized as key to winning WWII such as D-Day, Munster, Schweinfurt, and the raid on Berlin. It also participated in lesser-known humanitarian missions in which the B-17 was utilized to drop supplies and food. The 390th Bomb Group’s bombing accuracy was at times the best in the 8th Air Force. It was awarded two Presidential Unit Citations, eight Battle Streamers and many commendations. Its aircraft losses were the lowest percentage (measured per mission flown/bombs dropped) in the entire Mighty Eighth Air Force. Behind the success of this (and every) group were thousands of personnel. For every flier there were twenty or so people on the ground, supporting every aspect of a mission. From pre-flight checks to food prep, the success of each combat mission depended on all units on the base working together..” In March 1945, 21,223 bombs were carried and loaded onto the 390th aircraft by hand! On April 20, 1945 the 390th Bomb Group was issued its last combat mission. With a total of almost 300 missions the group had dropped a total of 19,000 tons of bombs. They also lost 181 aircrafts and a total of 714 airmen had lost their lives trying to protect our country. One accomplishment to be noted was, the week before V-E Day the group had dropped off food and supplies in order to help the Dutch.

On July 28th 1935 Boenig launched the first prototype to the B-17 which was called ‘Model 299’. It was one of its own kind, revolutionizing the fighter jet and showed advanced technology for it’s time. There were a total of 12,677 Flying Fortresses which were built during the war. The Flying Fortress was used to develop new and improved aircrafts such as the B-17. The plane features four turbo charged engines, a large frame, twelve .50 caliber machine gun mounts and it had the ability to fly higher and longer than what was built before. The B-17 proved to be one of the most innovative flying machines that we had seen and was ready for battle. General Carl Spaatz, Commander of the US Strategic Air Force in Europe said, ``Without the B-17 we might have lost the war”. 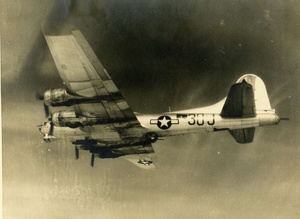 The aircraft was redesigned with five different modifications (Models A-E). There were a total of 645 models including its original prototype which were built in order to help us fight the war from the sky. Once they found the right way to continue to build these aircrafts they later created the B-17F and B-17G which were produced and used throughout WWII. The first flight was by the prototype on July 28, 1935 it was first considered a bomber plane which was 74 feet long and had a wingspan of 103 feet. This plane was able to reach speeds of 287mph while at max feet of 25,000 in the air. The normal range for this craft was 2,000 miles while having four, 1,200-horsepower Engines with Wright Cyclone R-1820 radial engines. If you ever get the chance to visit the museum you will see that there is a fully restored B-17 which was gifted by the 390th Bomb Group as it remains as the only restored craft open to the public.

There are no pages with the tag "390th Memorial Museum".

There are no pages with the tag "WorldWarII".