What do you know about Biosphere 2? By Katie Gordon

- The most interesting aspect of the Biosphere 2 is that it is the only place on earth where man controls nature. Its hidden in the shadows of the Santa Catalina mountains in Oracle, Arizona it represents the advent of man’s scientific taming of nature. It is said that this is the place where science lives, you have to see it to really grasp the meaning of the statement. It is the world’s largest center for scientific research, outreach, teaching, and life-long learning about Earth and its living systems. People have referred to it as science under glass or life beyond the Biodome.

-The Biosphere 2 is a science research facility located in Oracle, Arizona.  The Biosphere 2 was meant to explore the many interactions within life systems in a structure with five areas based on biomes and an agricultural area, human living, working space to study the interactions between humans, farming, and technology with the rest of nature.

-The Biosphere 2 is under the management and administration of the University of Arizona one of the nation’s highest achieving institutions, according to a report by the National Wildlife Federation and the Princeton Survey Research Associates International "Campus Environment 2008: A National Report Card on Sustainability in Higher Education" Oh' in case you are wondering where biosphere 1 is, it is the current environment you live in; the earth's life system as you currently know it.

-The biosphere was originally constructed between 1987 and 1991 by Space Biosphere Ventures. In total the project costed about 200 million dollars and its key builders were John P. Allen and Margret Augustine. It got its name, Biosphere 2, due to the fact it was meant to be the second fully self-sufficient Biosphere after the Earth.

A quick look inside the Biosphere 2

-Its 5 biomes are all 1,900 square metered rainforests with oceans, coral reefs, mangrove wetlands, fog deserts and multiple agricultural systems. Biosphere 2 was only used twice for its original purpose as a closed system experiment that went on from  1991-1993, and the second time from March to September 1994. Furthermore, both attempts, ran into problems that included- low amounts of food and oxygen, die-offs of many animal and plant species, squabbling among the resident scientists and management issues. 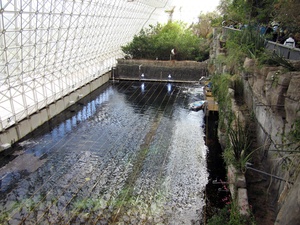 -Many problems and miscalculations were encountered when the first mission overstocked fish dying and the clogging of filtration systems, condensation that made the desert area of the biome too wet, and morning glories flowers overgrowing the rainforest area of the biome blocking out other plants growing. Continuing, building the Biosphere 2 was a challenge in itself, and moving the bodies of water to have waves and tidal changes was difficult. Another challenge faced when initially creating the Biosphere is the regulation of the different climates in each area. having it located in Arizona, ample amounts of sunlight are provided for the plants, etc., but with excess sunlight also can lead to overheating and dehydration of the plants. Keeping the necessary heat levels stable was an issue for the Biosphere 2 when it was first developed. 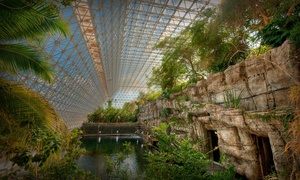 -The Biosphere 2  is located off AZ Hwy. 77 Oracle Rd., near Oracle, AZ. The fees consist of $20.00 for adults, $13.00 for children ages 6–12, 5 or younger are free admission. The Biosphere 2 houses real time earth science and research along with a visitor center that has movies, exhibits, cafe and bookstore and is open daily. The Biosphere is kid friendly with fences and railings making it safe for families to come and enjoy all the science and learning they provide for visitors. To ensure the safety of the exhibit they also limit you to certain areas you can and cannot consume food in hopes of keeping the exhibit clean. 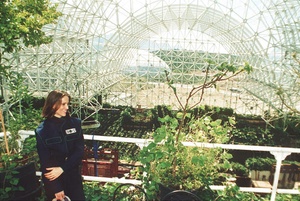