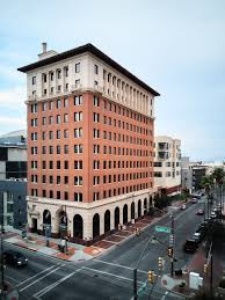 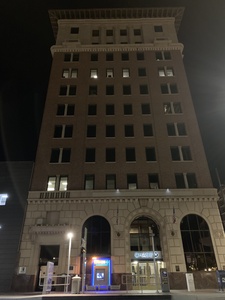 Construction of Consolidated Bank of Tucson

The bank site, along with the properties on each side, was originally acquired in March of 1901 and was soon decided that the site was too small to accommodate the banking needs of Tucson during time and was later demolished to allow a larger building to take its place. However, with the new, larger bank being built, it was also decided that it was too small and a $100,000 expansion began in 1917. 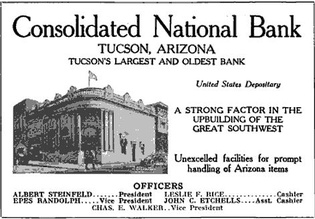 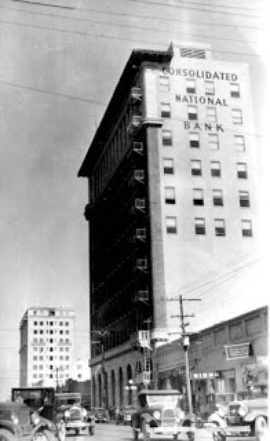 In 1928, Consolidated National Bank began building what is known today as the Chase Bank Building, which was opened in 1929. The building was not only Tucson's first skyscraper, but cost $1 million to build, which is estimated to be just under $14.7 million in today's currency. When the skyscraper opened to the public, it housed 3,000 safety deposit boxes to attend to the rising wealth of Tucson residents. To attest to the rising wealth of Tucson residents, the Consolidated Bank Building was built with attention to detail, including solid gold leaf, to express the taste of the bank owners and customers, who happened to be some of Tucson's most prominent businessmen at the time. 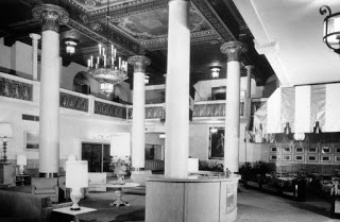 In 1935, the Consolidated National was purchased by the Phoenix-based company The Valley Bank and Trust. Valley National was struck with the financial disasters that happened throughout Arizona in the 1980's, such as 'Savings and Loan Failures', which resulted in the company's downfall. This led residents of Arizona to be concerned with the company's wellbeing since the Valley National Bank had been responsible for financing most of the city of Phoenix since the 1980s. The now Valley National Bank Building was then sold to Bank One in 1993, which had been purchasing banks throughout the country at this time. 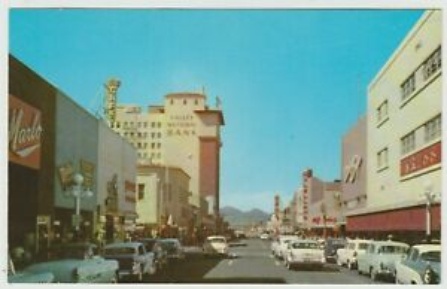 Bank One to Present Owners

Bank One had ownership of the now historic financial building from 1993 until Chase purchased Bank One in 2004. With national banking being legalized in 1996, Chase stepped in and took over the bank that once operated only within state lines. In 2007, the present owners as mentioned before, purchased the building where Chase still remains via lease for $5.5 million. Even at the sale at $5.5 million, this purchase was still considered to be a bargain for the new and current owners.

'Iconic' Debut on the Silver Screen

The now Chase Bank building was features in a number of films throughout history such as A Kiss Before Dying (1956), where the scene of a rooftop date was filmed. It has been noticed that many of the Tucson architectures that were seen in this film has changed, however, the Chase Bank Building has stood true throughout history showcasing its beautiful design. This is also another reason that showcases the building's importance to Tucson natives and residents on the truly historical architecture in downtown.