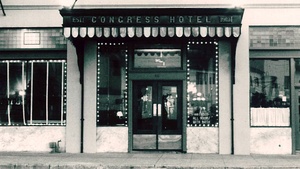 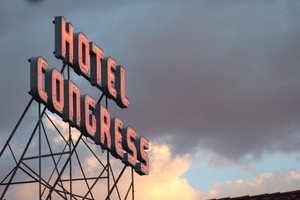 What is Hotel Congress?

Hotel Congress is a Tucson cultural landmark that symbolizes the history and foundation of Tucson. While this hotel has been both mostly rebuilt and renovated at times, it prides itself on keeping the history of the community and building strong. As a member of Historic Hotels of America, this landmark has reached its 100th anniversary this year, and resembles so much of the past and present of its local city. Currently, there are 40 rooms in this hotel that are available for stay in addition to a draw-in to all groups, including a night club, restaurant, garden, and more.

In 1919, Hotel Congress, a new hotel sitting at the end of the Congress Street subway line, officially opened its doors to the public. After the city of Tucson held a mail-in contest in 1918 to name the hotel, Dorit Dinkel and several other Tucsonians recommended the name "Congress." With this, Dinkel's name was drawn out of a hat and Dinkel received the credit for the name as well as three baby bonds worth $15. A century later, the name stands and is history to this city.

At the time of opening, there were amenities for guests including, 100 bedrooms, 75 bathrooms, steam heat, telephones in every room, elevator service, and daily lunch served from 11AM-12PM for visitors to indulge in. A quarter-century after Hotel Congress opened its doors, a fire struck the building in January of 1934. This caused a near total-loss on the building, a collapsed roof and over $100,000 in damage. Luckily no guests were injured and everybody was able to make it out in time, but the damage was to cause great havoc on the staple hotel. Later, it was found that the Dillinger Gang, who was previously undiscovered, had started the fire.

After the fire, the hotel had to be rebuilt, but the history couldn't be restored. From 1935 to 1940, the rebuild of the hotel was underway. The bedrooms were cut from 100 to 40 and the arrangement of the hotel was altered from a three story building to two stories. This is also when the historic neon red sign was added to the roof of the hotel.

On October 23, 1971, Hotel Congress faced its second fire. The damage was about $25,000 from this fire, but was repaired quickly. This was another turning point for the hotel, as it led into the days of providing more than just a hotel-stay, but also entertainment. Eventually, in 1985, Club Congress was added to the hotel, achieving much of their entertaining goal.

After a century of existence, Hotel Congress is so similar, but also quite different, to its historical foundation. Hotel Congress now establishes itself as being providers of five major categories of service: hotel, experiences, night life, dining, and private events.

As Hotel Congress is celebrating 100 years, its pricing has stayed fairly reasonable to local economy. The rooms offered at the hotel start at around $99 a night and only reach the highest cost of $350 a night on holidays or during major events. Modernizations have been made over the course of time in order to make the hotel most functional and attractive. These upgrades include WiFi and progress towards becoming a "greener" landmark. The hotel has converted to solar powered water heaters, minimal plastic, and almost entirely local products in order to best benefit the environment and Tucson economy. Additionally, the hotel now offers three different types of rooms: club rooms, cactus garden rooms and exterior rooms. Club rooms are located right above Club Congress and are considered the noisiest hotel rooms in Tucson, while cactus garden rooms face the more serene cactus garden and are quite cozy, and the exterior rooms get the views of downtown Tucson from one of three possible angles.

In addition to modernization, the hotel has also strongly stuck to their original history.  Due to this, you will not only find antique phone booths and stations in the lobby, but you will also notice the 1930s-style bedrooms. All of the beds in guest rooms are made of iron, there are old-fashioned radios in each room, and televisions are nowhere to be found in these rooms. The hotel wants to keep its history shining through and create a nice mix of modern and vintage.

Room 242: This room has had various reports of people being woken up in the middle of the night by a woman sitting on the foot of the bed. Each report establishes that this lady is wearing a long white dress.

Room 214: Considered to be a room with a ghost in the window, this same ghost is said to be found running through the hallways on occasion. The ghost is supposedly a man in a seersucker suit.

Room 220: Home to former employee, Vince. After living and working at Hotel Congress for 36 years, Vince is believed to still haunt the hotel by leaving butter knives in and around his former room.

These ghost sittings have attracted much recognition to the hotel. Hotel Congress has used these ghost stories to gain attention and on the second floor of the building, there is even a ouija boar table in a small living area to hype up the rumor of the hotel being haunted.

Hotel Congress loves to create a community feeling. They host events including concerts and other guests. These include the Tucson Symphony Orchestra, guest lecturers, tours of the hotel and Downtown Tucson, pop-up museum exhibits, and more. The goal with the "experiences" dimension is to involve as many people in as many events with Hotel Congress and the people of Tucson. The hotel also interacts with other local businesses, like the Rialto, to put on community-engaging and family-fun experiences.

Club Congress opened in 1985 and has been lively since. Hotel Congress is considered Tucson's best live music venue and nightclub.  This club draws in concerts and shows as well as themed events and mixed crowds. There are dance nights with themes every night of the week, and Sunday nights offer a karaoke experience. Additionally, there is a calendar with regular events, usually weekly, of performers and acts drawing in crowds to this club. This creates a variety of audiences and guests to the hotel. Each night of the week also has different happy hours and drink deals, allowing for an additional appeal.

In the Plaza, Hotel Congress offers Maynard's restaurant. Additionally, the grill that once served 11AM-12PM lunch still exists as the Tap Room. Finally, the hotel has "The Cup" cafe. "The Cup" offers new and exquisite meals  led by the amazing culinary team, Chef de Cuisine Carlos Mendoza. Their restaurants offer meals including breakfast, lunch, dinner, brunch and happy hours. They also have a wide variety of menu options that appeal to various crowds and dietary needs. Vegetarian, vegan and gluten free options are easily accessible and the food is a big hit.

Hotel Congress has adapted with the times, and is now available as a home for events of all shapes and sizes. There are three venue options, within the larger hotel setting, to host your parties, weddings, meetings, etc. These are Maynard's Plaza, the Drawing Room and the Copper Hall. Each of these environments creates a different aesthetic for the  event. They allow for events ranging in group sizes and level of preparation and time to be held on their grounds. Whether it is a small gathering or  a large festival, Hotel Congress can get it covered. The hotel has become a big hit for weddings to take place, and was awarded the Wedding Wire Couple's Choice Award for 2019. 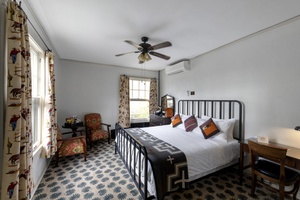 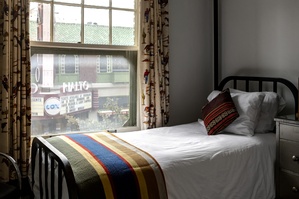 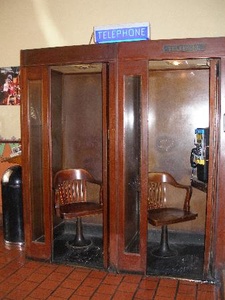 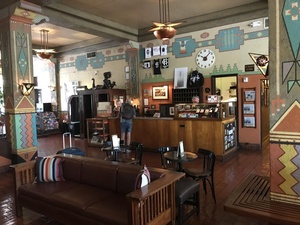 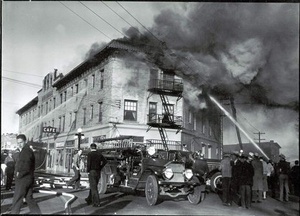 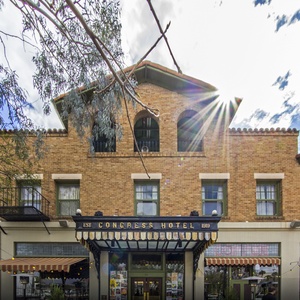 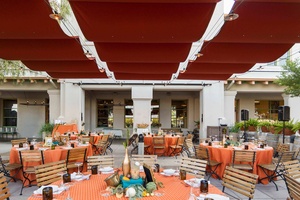 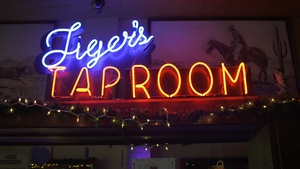 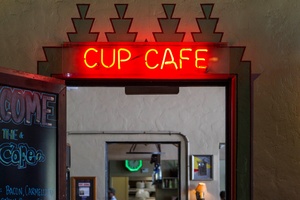 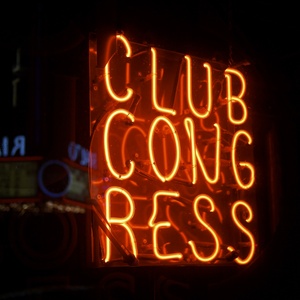 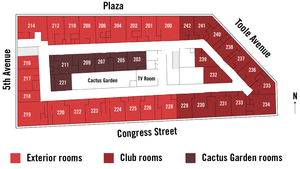 Thanks to Hotel Congress and the following sources for the information above.